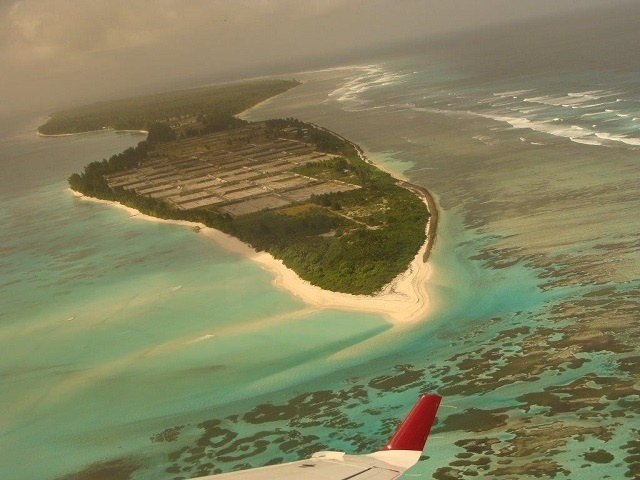 Coetivy was traditionally used for agriculture and up to 2006 it had Seychelles' only aquaculture plant for prawn farming. (Aubrey Lesperance)

Seychelles' state-owned Islands Development Company (IDC) says that it is still going ahead with its agriculture programme on the outer island of Coetivy despite some issues with prospective farmers.

Plans for large-scale farming on Coetivy were announced in 2020 but since then there have been a number of hurdles which resulted in the project being put on hold.

As part of the plan, a group of farmers went on a tour of Coetivy, one of the islands earmarked for farming, in August 2020 organised by the IDC, which is responsible for the development of these islands.

The plan was for farmers to come to the island and start production of various agricultural products, but after some disagreements related to leasing of the land that they would farm on, there was no movement on that front.

IDC however has confirmed that they intend to go ahead with the project with emphasis on producing chicken, pork, and prawns as well as a number of crops.

"Despite these setbacks, IDC is still carrying on with the plan, where we are hoping to produce 1000-2000 tonnes of chicken next year, for local consumption, while we also anticipate to able to produce 1200 tonnes of pork meat per year," said Glenny Savy, IDC's chief executive.

The island will also be producing various crops, such as vanilla and corn, while IDC is also looking into new technologies that will allow them to produce other crops such as tomatoes and lettuce during the off-season.

"We have contact from a few farmers though, who have expressed interest in having farms on Coetivy, despite the disputes and we have even had farmers asking about our other islands, such as Silhouette," added Savy, who explained that things are moving fast and production will begin soon.

Agriculture was once done on a large scale on several islands including Coetivy, Silhouette, Farquhar, Desroches and Providence, and the main products were vegetables, pork, beef, chicken, copra and coconut oil.

Coetivy is a coral island situated 290km south of the main island of Mahe. The island was traditionally used for agriculture and up to 2006 with the island nation's only aquaculture plant for prawn farming. After that, it was used as a prison facility.

One of the main activities that used to take place on the island in the past is prawns farming and IDC is set to revive this industry as it looks to provide prawns for the local market.

According to Savy, a total of nine basins for the prawns will be opening soon, with two types of prawns – the black tiger prawns and white shrimp – expected to be produced.

"We intend to produce about 200 tonnes of prawns per year, where at first we will import the younger ones from Singapore until we can have adults that can reproduce in our own hatcheries so that everything will be done on the island," added Savy.