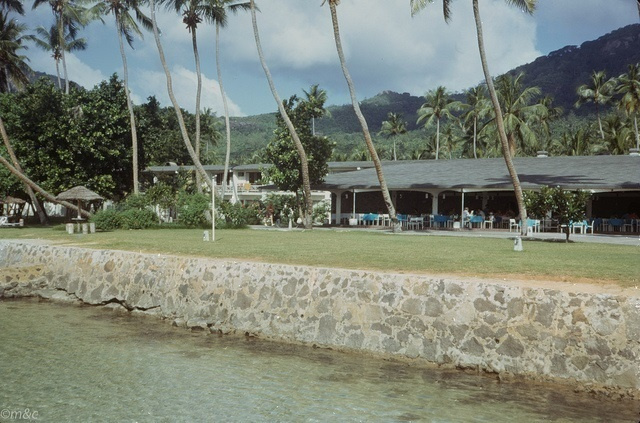 Reef Hotel was the very first tourist establishment of an international standard to be opened Seychelles in 1972 with 150 rooms. (cloud-cuckoo-land, Flikr)

The first stage of the environmental impact assessment (EIA) for the redevelopment of the former Reef Hotel in Seychelles has started with a meeting for members of the public to give their opinions.

About 50 people from the area surrounding the hotel, which included Mahe Island's eastern districts of Anse Aux Pins and Au Cap attended the meeting on Saturday in which they voiced their concerns to the proprietor Krishnan Malhotra, the son-in-law of former Mauritius Prime Minister, Anerood Jugnauth.

With the redevelopment project, the hotel is expected to have 200 rooms, restaurants, tennis courts, a community lounge area and an infinity pool among other facilities.

The biggest talking point of the meeting was the proposed villas that would be erected on reclaimed land in the sea surrounding hotel. The reclamation would include two small islands of 12,000 square metres constructed for water villas and a public restaurant.

The project's EIA is being coordinated by Eco-sol, a local firm, and its chief executive, Nimhan Seneratne, was also present at the meeting.

"The project will only affect 1.2 hectares of the 60 hectares of seagrass on this coastline," said Seneratne.

Despite his assurances, the general concern of the public was the negative impact the project will have on the ocean environment.

Another concern was raised by a proportional member of the National Assembly for the ruling Linyon Demokratik Seselwa (LDS) party, Florry Larue.

She said that the land was bought at a time when there was a different government in place and that the plans were approved by the Seychelles Investment Board (SIB) under the previous government.

In response, Malhotra said: "The previous SIB approval was in 2018/19, but we were asked to re-present the project in October 2020, which I believe was the time the government changed and that project was re-appraised and the approval came in July 2021."

The public's concerns will now be taken into account by the department of environment and added to a report which will be presented to the government to decide whether any changes will need to be made before the project can begin.

Named project "reefresh", the hotel re-development was a welcome one when announced in 2019, as the site is one that many of the older generations of Seychellois have fond memories of.

Reef Hotel was the very first tourist establishment of an international standard to be opened in the 115-island archipelago in the western Indian Ocean in 1972 with 150 rooms. The hotel, which was once a popular venue for seminars and local entertainment events, hosted the first Tourism Ball and the opening of the U-first tourism campaign in December 1993.

It closed down in 1997 and in 2001 it was bought by the Beachcomber hotel group from Mauritius. In 2019, the government approved the sale of the former Reef Hotel to Krishnan Malhotra.

The hotel was acquired for $6 million and the total investment to be made when construction is complete is expected to be around $58 million, with a projected $50 million expected to go directly to the government of Seychelles in the form of taxes.