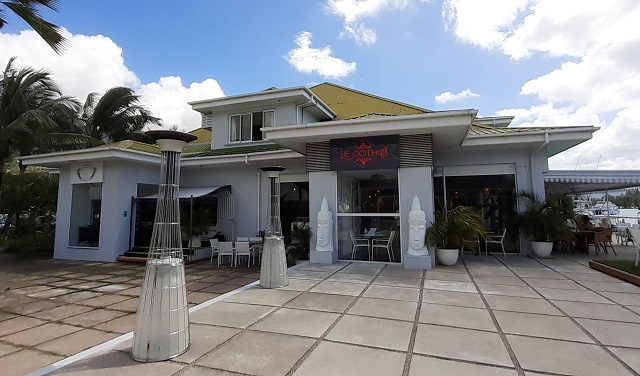 'Le Gotha' is a lounge bar and restaurant which focuses more on quality food made with fresh products located at Eden Island. (Juliette Dine)

The former owner of Le Rendez Vous restaurant in Victoria, Seychelles' capital, Patti Gerard, who is a French national, has opened a new restaurant on Eden Island called 'Le Gotha'.

'Le Gotha' is a lounge bar and restaurant which focuses more on quality food made with fresh products.

Gerard, who has also become a Seychellois citizen, previously owned several restaurant establishments in the past including 'La Belle Epoque' and 'Havana Lounge Club' on Eden Island - a man-made island with a luxury real-estate development, a shopping mall, restaurants and bars as well as a marina.  He previously also owned a small hotel 'Le Jardin de Palmes', which he operated for ten years.

SNA met with Patti Gerard to learn more about his new venture.

SNA: Why did you call the restaurant "Le Gotha"?

PG: Le Gotha is a French name with many meanings. In France, there is an expression that says when we are part of the Gotha, we are part of the top rank. It's a name that pleases me because there was an establishment in France with that name and I liked it.

SNA: What kind of food does 'Le Gotha' serve?

PG:  Le Gotha serves tapas, trays of appetizers, fresh tuna and red snapper from the local fisherman. Lamb and beef fillets are purchased from New Zealand, where the quality is higher. As a pastry chef, I make my own.

I also serve fresh ice cream, a new venture called "Saveur Des Iles" made out of local fruits such as bananas, passion fruit and others that I import directly from France.

I will develop my ice cream business before the end of this year and it is more expensive than all other ice cream but in terms of quality, it is exceptional.

SNA: Six months since Le Gotha has opened its doors, is it performing well?

PG: It was difficult especially during the first months as all other businesses, on top of that we had the issues of the COVID pandemic, the war in Ukraine.... But now business is picking up.

SNA: There are many businesses on Eden Island how do you remain relevant?

PG: Yes, it's true that there are other restaurants but we are not in the same category. We are also open from 8 am for breakfast to 11 pm. We have two groups of employees so we serve the client non-stop, even if you walk in at 4 pm you will be served.

SNA: You have had other establishments before, so why the change?

During the beginning of the pandemic, I had trouble with paying the rent which was very expensive and also the issue of utility costs. So I ended it , and moved to where I am. Here the location is amazing and the rent is more affordable and it is more accessible and more profitable.

SNA: With all those years of experience what have been your greatest accomplishments?

PG: Le Rendez Vous restaurant in Victoria because 20 years ago things were much easier in Seychelles. There were very few restaurants, and few competitors such as La Scala, La Perle Noire and Pirates arms. We did a beautiful and special decoration on the first floor. I don't know if where I am now will be the same but we shall see, it's only been six months.

SNA: What will you do to attract more people?

PG: For the time being we are using social media to make ourselves known, Facebook, Instagram, Google, Trip Advisor and others. We have also made a video that we broadcast on SBC twice a week, but what works best in Seychelles is mouth-to-mouth marketing, now for all the birthdays, we offer a cake and people like it.

I intend to develop Le Gotha to the maximum, improve it, make some adjustments, and see at the end of six months what clients like. I want to make it a well-known place with music, we have some entertainment on Friday and Saturday night with a musical band.  For the time being, we are 50 percent full.

The Interview » Be a reporter: Write and send your article » Subscribe for news alert
Tags: Saveur Des Iles, COVID pandemic