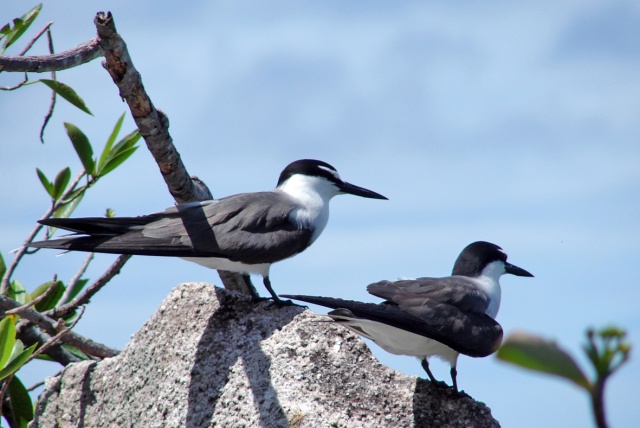 (Seychelles News Agency) - Nature Seychelles, an environmental conservation organisation has reported the discovery of a Bridled Tern recaptured some time ago as part of its research programme with the Seychelles Warbler Research Group, is actually a bird which is the oldest recorded of the species in Seychelles.

The lives of birds are mysteries especially for the adventurous and long-ranging seabirds. There is only so much actual knowledge that you can gain about a species that spends most of its time in the air above the sea. Neither place is well suited for human beings.

On Cousin Island Special Reserve there are up to 300,000 seabirds visiting to nest each year. The inhabitants of Cousin Island can only marvel at these birds and wonder where on Earth they have been travelling to and what their individual stories are.

One such bird - a Bridled Tern (Sterna anaethetus, Fansen in Creole) - was caught in a mist net in 2012 by a researcher, Sjouke Anne Kingma, hoping to catch the Seychelles Warbler.

Mist nets are used by scientists and researchers to capture birds for ringing and other research. Ringing birds is done for scientific purpose by attaching a small, individually numbered metal ring to the leg of a wild bird.

Seychelles warblers for example have for a long time been caught and ringed by the Seychelles Warbler Research Group, which Sjouke is part of. Nature Seychelles has been working with the group to investigate aspects of the ecology and evolution of this endemic bird in one of the most extensive, productive and high profile study ever to be undertaken on an island bird.

So on this day, Sjouke was hoping to catch members of the warbles. But it is not uncommon to capture other species as well. Being a keen ornithologist, he took some time to investigate his tern, noticing that it had a ring and a contact address belonging to the British Trust for Ornithology (BTO).

Sjouke being a keen bird man decided to investigate. By contacting the BTO and providing them with the ring details he received back some astonishing news.

This bird, which had unwittingly flown into his mist net was an old great grandfather bird, a bird that had been around for at least 19 years! After finding this out, the Seychelles Bird Records Committee was contacted and they confirmed that this was indeed the oldest on record for this species. 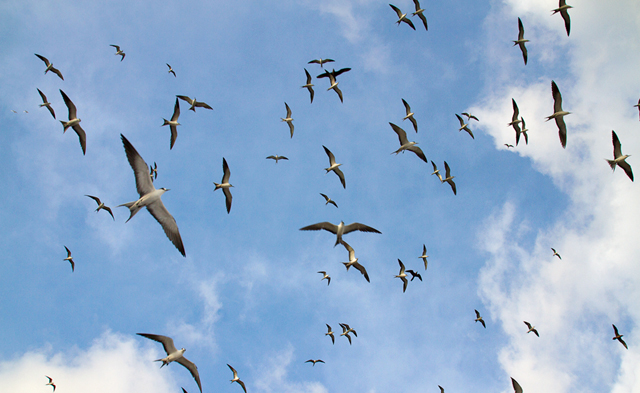