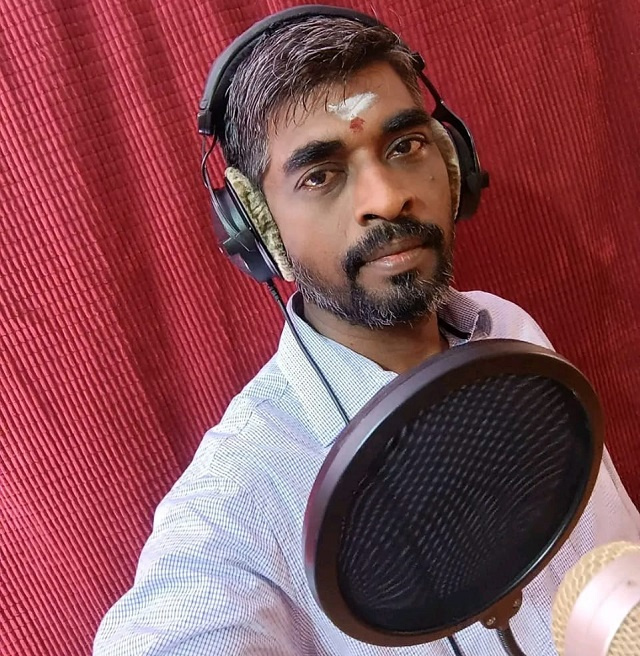 Ganesh has made more than 20 songs in English, Creole and Tamil language. (Ambal Ganesh/Facebook)

An Indian national singing in Creole in Seychelles is creating a sensation on social media.

Ambal Ganesh, 48, came to Seychelles on a gainful occupational permit (GOP) to work as a shopkeeper in 2004 in the southern Mahe district at Anse Royale. Two years ago, Ganesh received a permanent residence permit from the government and has made Seychelles his home.

Ganesh told SNA that for more than 20 years he has been writing poems but he only started singing four years ago and he is posting his songs on social media and YouTube.

In November 2021, he recorded his first song with the help of Hensel Telemaque, Travis Cedras and Daryl Canaya known as Dareal Thing, three local artists in Seychelles, an archipelago in the western Indian Ocean.

"They made me re-do my first song, which was originally a duet but I recorded it as a solo. It's called Cheri dou [Dear sweet]," he said.

Ganesh told SNA that is grateful for the Seychellois public support, something that he never expected.

Ganesh has made more than 20 songs in English, Creole and Tamil language. He said that most of his songs are sung a cappella and he has only had one song that is accompanied by musical instruments called "Welcome baby".

The Indian national said he is working on a song about the public bus called "Tata Bus' and is planning to complete the video clip by August.

The first verse of the song describes the journey of the public bus run by the Seychelles Public Transport Corporation (SPTC) that goes all around the island of Mahe.

As for making an album, Ganesh said, "I don't have any plans to make an album, I will just make music and post it on Facebook. I don't do music for money, I do it for pleasure only, I feel happy as long as the public appreciates my songs."

The singer says his girlfriend is his inspiration because she likes his poems and this has inspired him to write.

"In the beginning, only my sister accepted and supported me, other members of my family scolded me; they didn't accept the fact that I was singing. But now all my family members are okay with it."