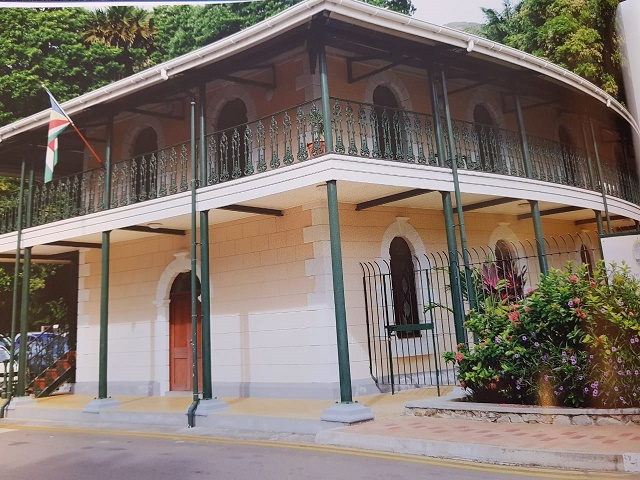 The Office of the Mayor is located in the capital Victoria. (Rassin Vannier, Seychelles News Agency)

The direct election of the Mayor of Victoria – the capital of Seychelles – has been proposed in a bill for approval before the National Assembly, which will be debated soon.

Published on the National Assembly's website on July 28, the 'Mayor of Victoria Bill, 2022' seeks to establish a framework that will govern the election of the mayor.

The Seychelles Vice President, Ahmed Afif told SNA that the election is unlikely to take place this year as the legislation is not yet passed.

The bill proposes that the Mayor of Victoria is directly elected by Seychellois living in the central districts of Mahe that include the capital and its surrounding districts with round 20,000 people. These are Bel Air, English River, Mont Buxton, St Louis, Mont Fleuri, Plaisance, Les Mamelles, and Roche Caiman.

According to the proposal, the election of the mayor is expected to take place until a specific register of voters of the town of Victoria is developed in accordance with the Elections Act or regulations made under this proposed law.

Currently, the Mayor of Victoria is selected by the Members of the National Assembly (MNAs) for the central districts.

The Mayor of Victoria's responsibility is to address specific issues at the community level so as to promote cleanliness, good hygiene, and beautification of the town. This also includes the prevention of vandalism of public and private property and assisting the public authorities in addressing any existing or emerging community-level problems in Victoria.

A Seychellois citizen registered as a voter in any electoral area is eligible to become a candidate for the position. Public officers, with the exception of high-level public officers such as the president, vice-president, ministers, the attorney general, the chief of the Seychelles Defence Forces, and the Police commissioner, among others, can stand during the election of the Mayor. They will, however, need to proceed on leave without pay from nomination day to election day.

The person elected will hold office for a period of five years and will be eligible for re-election.

The current Mayor of Victoria is David Andre, who also occupies the position of the Secretary-General of the Seychelles National Institute for Culture, Heritage and the Arts. He was appointed by Seychelles' former president, Danny Faure, in 2017.