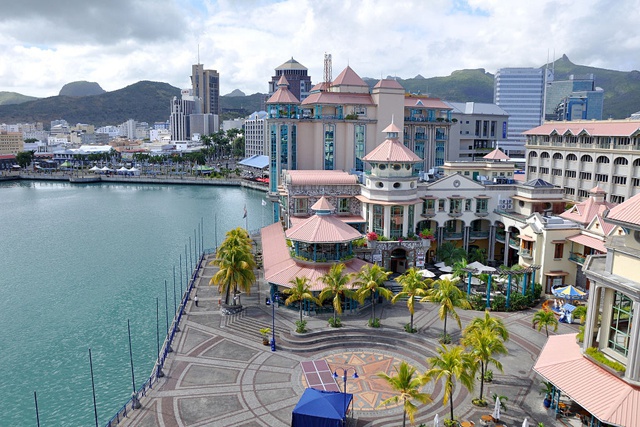 Port Louis, the capital of Mauritius (Wikipedia). Seychelles and Mauritius is expecting to strengthen ties and cooperation with the possibility of increased flights following renewal of Air Services agreement. Photo License: CC BY-SA 3.0

The two sides have negotiated new terms and conditions to amend an air service agreement they signed in April 1997.

“…….the new air service agreement promotes higher levels of safety and security in line with international obligations, and on the commercial side, it advocates for tariff liberalization and cooperative arrangements between the countries airlines. This includes the highly sought flexibilities for the operations of codeshare flights by Air Seychelles and Air Mauritius, in the region and beyond,” reads a joint statement issued this morning by the Seychelles Civil Aviation Authority (SCAA) and the archipelago's Ministry of Home Affairs and Transport.

The Seychelles delegation that went to Mauritius last week for the signing of the renewed agreement comprised of representatives of the SCAA and the national airline, Air Seychelles.

The archipelago’s national carrier currently makes three weekly flights to Mauritius with an additional frequency planned to start in December.

With Seychelles and Mauritius lying 1758 km apart, many Seychellois make the two and a half hour trip to Mauritius each year for holiday, shopping, business as well as for medical treatment.

According to figures available on the national Bureau of Statistics website Mauritius is ranked second on the list of countries most visited by Seychellois nationals after Dubai. In 2013 for example 7,769 Seychellois landed in Mauritius behind Dubai’s 9,536 Seychellois visitors.

SCAA’s Chief Executive Gilbert Faure who led the Seychelles delegation to discuss the renewal of the air services agreement have said that each airlines have now at their disposal “enhanced frequencies, as they can together offer a total of eight flights per week.”

“We are even more delighted to announce Air Mauritius strong intention of renewing flights to Seychelles as early as next year depending on availability of aircraft,” said Faure in the statement.

In addition to helping the two countries strengthen existing ties of friendship and cooperation as small island states with a possible increase in flights; Seychelles and Mauritius are also eyeing more tourist combining their holidays to visit the two island nations in the context of the twin centre holiday experience.

The need to develop tourism as well as other areas such as private enterprises, health, education, tourism, trade, investment and financial services between regional states and the importance of enhanced air connectivity were discussed during the Indian Ocean Commission (IOC) Ministerial meeting held in July.

“……The renewed cooperation, will be a significant stepping stone towards achieving the vision of the IOC to make available at least one flight a day to the traveling public in the region” said the Chairman of the Air Seychelles board Joel Morgan also the Seychelles Minister for Home Affairs and Transport following the signing of the renewed agreement.