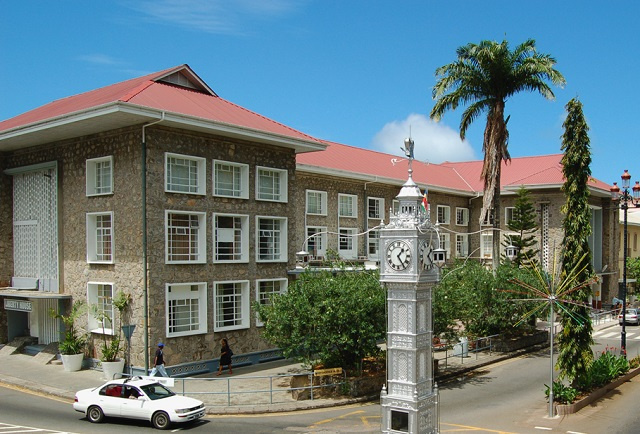 (Seychelles News Agency) - The Seychelles' government public debt has gone down by 1.7 percent at the end of the second quarter of 2022 compared to the first quarter, said the Ministry of Finance, National Planning and Trade on Monday.

The government debt for the end of the second quarter was SCR17.2 billion ($1.2 billion) while for the first quarter it was SCR17.5 billion ($1.3 billion).

A sudden reduction in both the external debt and the government domestic debt as at June 2022, has resulted in the debt-to-GDP ratio declining to 61.9 percent.

The ministry told SNA that the "decline means that Seychelles is moving towards its target to reduce the ratio to around 50 percent of GDP by 2026."

According to the ministry, the government uses debt as one of the mechanisms to help finance its budget.

"The government needs to ensure that its financing needs and payment obligations are met on a timely basis, and at the lowest possible cost, consistent with a prudent degree of risk. It needs to ensure that it does not accumulate an unsustainable amount of debt, in which case the latter may default on its current debt repayments and have adverse economic impact," said the ministry.

The continued improvement in the Seychelles' economic performance this year earned the island nation an upgrade to B+ with a positive outlook by Fitch Ratings in May. This reflected a stronger than expected economic growth and fast debt reduction.

In a previous interview, finance minister Naadir Hassan attributed the upgrade to the reforms undertaken by the government in July 2021.

"We have been prudent with spending, we have demonstrated that we are serious in reducing the country's debts, and we have shown our drive to bring in the necessary structural reforms needed to achieve these targets," said Hassan.

Seychelles gets a further disbursement of $8.7 million from IMF

The Seychelles' government is getting the support of the International Monetary Fund (IMF) for its economic reform under an Extended Fund Facility (EFF).

Under the EFF, a disbursement of $8.7 million (SCR124 million) was completed on July 1 after the IMF's second review of the Seychelles' economic performance in May 2022.

The EFF arrangement for a total sum of $105.63 million (SCR1.4 billion) was signed between the Seychelles and IMF on July 29 last year for a period of 32 months. The total disbursements to date are around $72.6 million (SCR1 billion).

The archipelago in the western Indian Ocean sought the IMF's support after its economy was severely affected by a downturn in travel caused by the COVID-19 pandemic. The pandemic affected Seychelles' tourism industry, which is the top contributor to its economy.