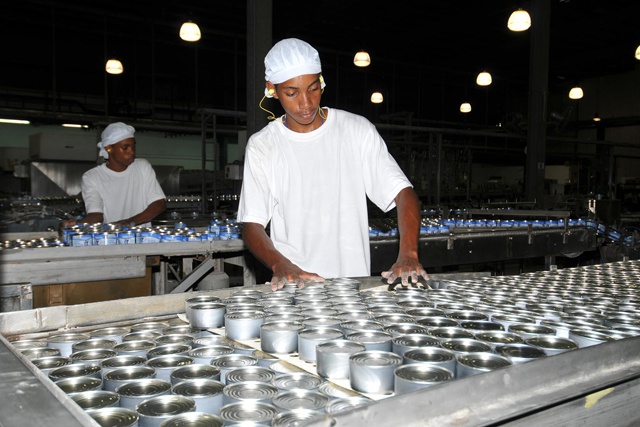 (Seychelles News Agency) - The tuna canning company John West and its Paris-based parent company, MW Brands, has announced that it has entered into a four-year, €2 million partnership with the World Wildlife Fund (WWF) to ensure greater sustainability of its fishing practices.

MW Brands, which is one of the world’s largest producers of canned seafood products, was reacting to a video leaked by environmental activists Greenpeace that showed what it alleged was one of the group’s purse seiners using what they called “dirty” methods to catch tuna.

The video, which Greenpeace says was filmed by "brave fishermen in the Indian Ocean", shows how sharks, rays and turtles, attracted to a fish aggregation device (FAD), are caught up in the purse seiner’s giant nets before being tossed back overboard, either dead or dying.

John West has since denied that the fishing boat seen in the video belongs to them or their parent company, saying that Greenpeace’s allegations that the group catches non-target species are untrue and completely in opposition to the company’s values.

WWF’s CEO, David Nussbaum said working together with MW Brands presented a “great opportunity to drive large scale, positive change”, according to a joint press statement issued by MW Brands and the WWF.

The Chief Executive of MW Brands, Elisabeth Fleuriot, said the tuna giant was committed to minimising the negative impact of its activities on both oceans and endangered species so that fish stocks would remain at sustainable levels.

“Fish are at the heart of everything we do. Because of this, sustainability is part of our DNA and is of course also a key value driver for our business,” she said.

“We are not satisfied with standing still, so the challenge we have set ourselves going forward is to continue to improve the ecological and social footprint of our well-loved brands including John West, Petit Navire and Mareblu. I am confident that our partnership with WWF will allow us to do this.”

The Seychelles’ only tuna canning factory, Indian Ocean Tuna, Ltd, which is majority-owned by MW Brands, is one of the largest tuna canneries in the world, employing 2300 people and producing 1.5 million cans of tuna per day.

According to fisheries industry website Fish Information and Services (FIS), the company says they do not condone practices that jeopardise non-target species.

The company said it would now train their crews to handle rays, turtles and sharks to return them into the sea unharmed. They also plan to increase independent observers on all boats as well as on the majority of its suppliers’ vessels.

Rise of the ‘monster boats’

Greenpeace also launched a campaign this week against 20 European ‘monster’ purse seiners it says are depleting the world's oceans of fish, and MW Brands’ headquarters in Paris was the focal point was a focal point for the protest action.

Fisheries accounts for an income of $370 million yearly into the Seychelles economy, according to statistics from the Seychelles Fishing Authority. Port Victoria, the main port of the capital of the Seychelles islands, is one of the busiest tuna fishing ports in the world, where an average of 200,000 metric tonnes of fish are landed and transhipped every year.

Environmental groups in the Seychelles recently revealed the long-term ecological impacts associated with FADs to SNA, with the devices, often trailing long swathes of old fishing nets and ropes, washing up on the beaches and coral reefs of many of the outer islands of the Seychelles archipelago, including Alphonse Island and the Farqhar Group.

MW Brands now says it will begin to implement ‘Eco-friendly’ FADs equipped with sonar to get a better understanding of the marine species under the FAD in order to minimise the chance of catching juvenile fish and by-catch.

The firm is working towards obtaining the Marine Stewardship Council (MSC) label for their products to ensure compliance with best practices in sustainability and is also currently undergoing audits towards MSC chain of custody certification at its four factories.

Greenpeace has responded by asking the group to reconfirm their existing commitments to go 100 percent pole and line & FAD-free by the end of 2016.

Seychelles and Madagascar to set up partnership in fishing and agriculture