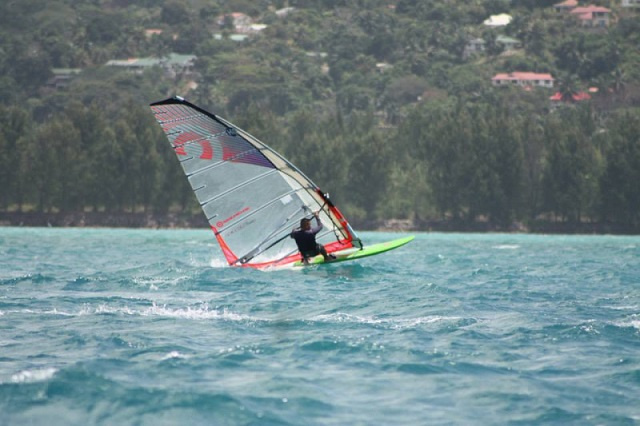 (Seychelles News Agency) - Around 30 wind and kite surfers from Seychelles are expected to participate in the 40th edition of the Mahe-Praslin crossing on Saturday which for the first time will have international participants.

The 44km crossing is expected to see six surfers from the neighbouring islands of Reunion, a French overseas department, and Mauritius also participating.

The chairman of the organising committee, Alain Alcindor, told reporters at the press conference that they were waiting for confirmation of the arrival of the six foreign competitors for the event on Saturday, August 20.

“This year we decided to move the event a little earlier as we look to take advantage of the strong winds,” Michel Bristol, the chairman of the Seychelles Yachting Association (SYA), told reporters on Wednesday.

Bristol said that in the past there have been instances when the races had to be postponed due to light winds and they are hoping that this year, it will not be the case.

With such races where surfers will be sailing across large spaces of open water, security is always key and Alcindor said they will be getting help from a number of boats as well as a helicopter from ZilAir.

“A new security feature we will have for this year will be a GPS bracelet, which will be worn by each surfer and will allow us to know their location at all times,” said Alcindor.

The SIM cards to be used in the bracelets have been sponsored by local telecommunications company, Airtel, who is one of the sponsors of the event, alongside Cable and Wireless Seychelles and Hunt Deltel.

The event began in 1982 when a group of six windsurfers, which included Patrick Lablache, Gerard Lafortune, Evans Calva, Bernard Sanders, Jimmy Mein and Marc Magnan, decided to attempt the crossing.

Since then, it has been turned into a major highlight of local surfing, with many surfers taking on the challenge since. The fastest time to complete the crossing was achieved in 2002 when 10-time winner Stephen Stravens made it to Praslin in  57 minutes and 51.62 seconds.

Stravens was also present at the press conference and expressed his delight that his record still stands up to now but hopes it can be beaten soon.

“I really hope that this year, my record can be finally broken, so that it can give me some motivation to come back next year and attempt to put my name back at the top and break whatever new record they set,” said Stravens.

After the Mahe-Praslin event, all surfers are expected to remain on Praslin, where they will compete in the four-day Airtel Slalom Cup.

“This will be the very first international watersport event held entirely on Praslin. The event will be sponsored by Airtel, after which we will have the prize giving event for both the Mahe-Praslin race and the Slalom Cup,” said Alcindor.

The six first surfers for the crossing will be rewarded during the ceremony.