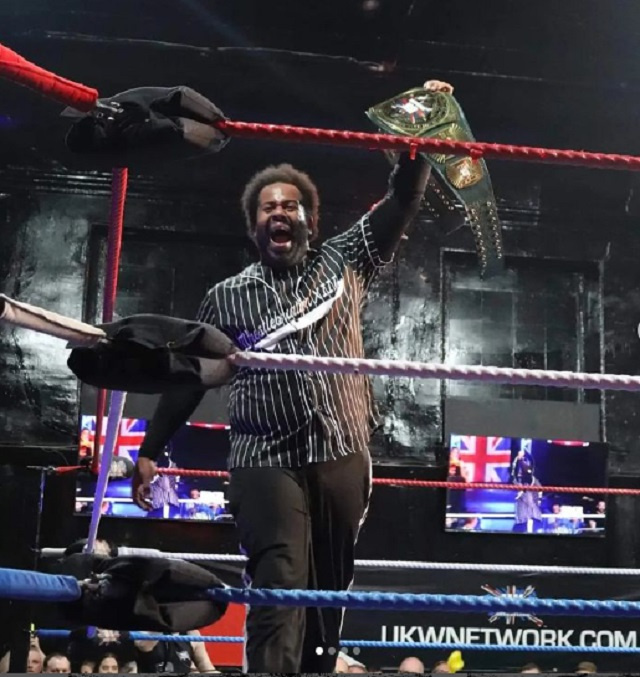 JPR who was contacted by local media said, "My mother is from Baie Lazare and my father is from Pointe Larue, with all my siblings actually living in Seychelles, aside from one sister who lives in Australia."

Although wrestling is not a sport practised in Seychelles, it was something he always wanted to do as a child.

"I loved watching it when I was younger and I was captivated by the production, the characters and costumes and I just really wanted to be a part of it," he said.

He added that he did not really feel there were any of those characters that he wanted to be, as there was a lack of representation of people of different colour at that time. He wanted to get into wrestling to change that.

While performing, JPR proudly displays the flag of Seychelles, an archipelago in the western Indian Ocean, at these events.

On winning the UK Wrestling championship, JPR, who is 34 years old, said that this has been his biggest achievement to date and hopes to continue wrestling until he is 40 years old.

According to its website, UK Wrestling is a leading brand in the British wrestling industry. It offers some of the very best action from some of the most talked about wrestlers on the independent scene. All the events leading to the final annual event called Wrestlebration.

"My advice to young Seychelles looking to make it internationally in sports is to never give up. Even if I am 34 now, I am still not giving up on my goals," he said.