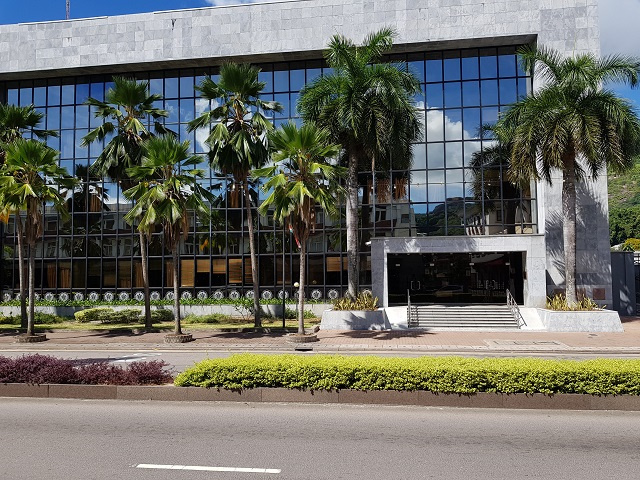 Tourism arrivals for the year have surpassed the 200,000 mark but economic stability remains in a fragile state , says the Central Bank of Seychelles. (Betymie Bonnelame, Seychelles News Agency)

(Seychelles News Agency) - Seychelles’ economy remains in a fragile state, despite positive performance in the tourism sector, said a top official on Thursday.

With tourism arrivals for the year now surpassing the 200,000 mark, economic activity is improving but remains in a fragile state as global factors continue to have an impact on the island nation.

During a press conference, the deputy governor of the Central Bank of Seychelles (CBS), Brian Commettant, said while global food prices and shipping costs have gone down recently, uncertainty still remains, especially with regard to the conflict in Ukraine, global health concerns, such as monkeypox and the COVID-19 situation in China.

“In a recent report published by the World Bank, it shows that the majority of developing countries are experiencing rising inflation rates,” said Commettant. “The hope is that with the recent trade agreement in Ukraine, global food prices can continue to drop,” he explained.

He added that despite most countries removing COVID-19 restrictions, other contagious diseases are continuing to be a concern.

“If we look at China, economic indicators are showing that their economy is performing well below expectation, with high COVID -19 cases and for the world, due to China’s economic importance, it can have an impact on other nations,” added Commettant.

Meanwhile, during his presentation, the deputy governor shared some updates on the country's economic performance, which showed that the inflation rate is continuing to rise, despite the stable foreign exchange market, where it has risen by 1.7 percent in July 2022 compared to the previous month.

In terms of foreign exchange, both the US dollar and the euro remain stable, with both currently valued at around SCR 14.

“With this parity between the dollar and euro, it means that since Seychelles gets most of it revenue in euro, but expenditures are done using USD, so that means, the before when euro’s was higher than dollars, we got more dollars and now we are getting less dollars for the same amount in euros,” explained Commettant, which means the country now needs to earn more euros to compensate for that loss.

Finance » Be a reporter: Write and send your article » Subscribe for news alert
Tags: economy, Central Bank of Seychelles, inflation