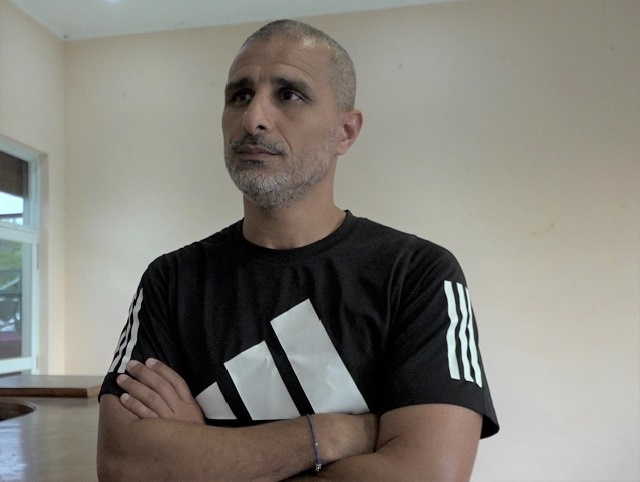 Seychelles Football Federation's technical director Osama Haround is aiming to instill a winning mentality in young players who are often too accepting of the times they lose a game. (Sedrick Nicette, Seychelles News Agency)

(Seychelles News Agency) - Seychelles is aiming to produce at least three top quality players every year as graduates from the Seychelles Football Institute (IFS), a top official has revealed.

The Institute of Football Seychelles was officially launched in June with the aim of giving promising youngsters from the island nation more specialised and intensive training, so that they can become senior national team members and even be given the opportunity to play professionally.

This past week, the members of the Institute have been partaking in a number of friendly matches, with the aim of testing their abilities against other football academies from the region.

The Toulon and Talenta Academies, both from Madagascar, have been playing those matches along the IFS and Seychelles’ top club, St Michel as part of an exchange programme between the two nations.

Speaking to the media, the Moroccan technical director at the Seychelles Football Federation (SFF), Osama Haroun, has said that the aim of the matches is to be able to give the kids the chance to test themselves against others in the region.

“We are aiming to produce three top players every year, who will eventually become part of the senior national team,” said Haroun, who added that these sorts of exchanges will allow the players to learn from these competitive experiences.

On Wednesday, the two academies from Madagascar played against each other, with one of the teams also featuring young players from Seychelles, as they did not have enough players.  Both academies are two of the best in Madagascar.

This was a chance for the young players to observe their counterparts’ abilities, while a number of upcoming coaches also managed to see the coaching methods and tactics being used by these teams.

“Today, we have a number of coaches currently taking the CAF C-License course, and as part of their training, they have been given the task of analysing these games and give a report about the observations,” said Haroun.

Haroun also stated that he had wanted to bring in two academies from Europe, but preferred to give the young children a test that is on their level, as he believes that this will give the IFS kids a better chance at winning, to improve their confidence.

“I think the problem with Seychelles, is that we are okay with losing,” said Haroun.

“This has to change if we want to move forward. It’s normal to lose and learn from it, but we should not accept defeat, but only tolerate it, so that we can continue to improve and have that winning mentality.”

The technical director has warned that patience is important in this programme as a top player is not created in two or three months, which is why they need to be identified early and trained in order to develop.

Meanwhile, the friendly games will continue during the weekend.