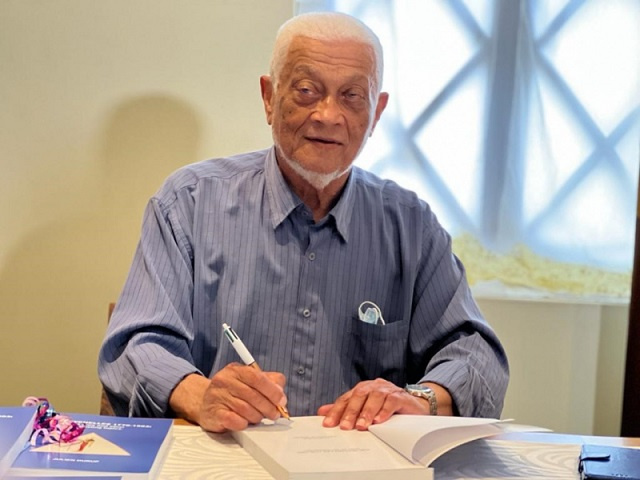 (Seychelles News Agency) - The history of laws in Seychelles since the establishment of the first settlement in 1770 has been captured in the latest book of historian Julien Durup. Durup – a Seychellois currently living in England – said that the book is the culmination of ten years of research with consultation of over 800 documents.

Speaking to SNA after the launch of the book ‘The Seychelles 1770-1903, Its Laws and other Interesting Topics’ was launched – Durup said his latest work showcases the evolution of the islands and its laws during 133 years.

“The most important laws for me in this publication are the ones relating to Seychelles being set as an independent colony in 1903. I managed to get all the laws relating to this, something which took a lot of research,” explained Durup, adding that most of the documents were retrieved from the National Archives in England.

“My primary aim was to write down a short history on the Laws of the Seychelles with the hope of providing a rich source for the future. I wanted to focus on its sequential history and its evolution during the French and British epochs until 1976 when the Seychelles became an independent state.”

The historian added that “in writing this book I wanted to enlighten students of history on our early laws that historians, jurists and church leaders do not write about – the Code Noir Religious regulations, Republican Calendar, Code Civil Cadastral surveys etc.”

The historian said that he is overwhelmed by the attention that his book is receiving especially from the judiciary and lawyers. “So many lawyers have approached me and even the courts want the book for their library,” Durup told SNA, adding the closure of the local archives makes it extremely challenging to access such information for reference.

Launching the book, lawyer Bernard Georges, who is also the Leader of Government Business in the National Assembly, said “writing books is the best way of sharing information that you painstakingly gather, put it together in a book that we can all enjoy. And this is the treasure that Julien brings to our country!”

Georges also made reference to the order and council that set up Seychelles -115 islands in the western Indian ocean - as an independent colony, which he said he had over the years searched for same but could not find, and that it is now featured in the book.

Durup, who is currently involved in several other research projects on the history of the island nation said that for his next publication he will work with the University of Seychelles and other historians to produce a history study guide for students.

The book is on sale at the National Museum of History and book shops in Seychelles.

Seychelles gets new history book: ‘The Seychelles Islands And Its First Landowners’