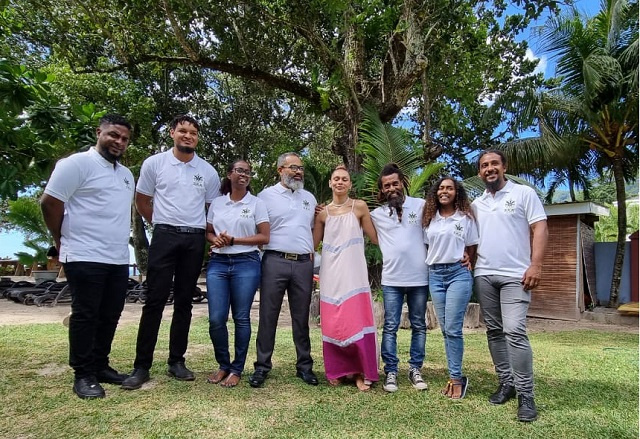 (Seychelles News Agency) - In Seychelles, the use of cannabis for recreational purposes by adults is illegal and remains a deeply controversial subject as drug abuse is one of the greatest challenges facing its society today.

Intending to become the voice of the people supporting the use of cannabis in Seychelles, both for medicinal and recreational purposes, a group of citizens officially launched the Seychelles Kanabis Association (SKA) on Wednesday. The launch was organised to commemorate African Traditional Medicine Day.

The Seychelles Kanabis Association, registered in July this year, also seeks to continue to lobby the government to provide safe access to cannabis to users within a regulated framework for adult use.

The chairperson of the association, Nelson Esparon, said that "for the launch, people from the community and members of the government have been invited so that we can start the dialogue on the subject of cannabis."

"There are a lot of people who want to use it either for medicinal purposes or recreationally. A regulated framework will ensure cannabis is removed from the hands of criminals and into a controlled environment. This will in turn help to eliminate cannabis on the illicit market. It is the only way we can ensure our children will not gain access to it," said Esparon.

Children having access to cannabis and cannabis products, as well as the plant being considered the gateway to harder drugs such as heroin, have been found to be the primary concerns surrounding the legalisation of the plant in Seychelles.

As for the use of cannabis for medical purposes, Esparon said that no process has been put in place to allow access to medicinal cannabis use despite the regulations being in place.

Currently, recreational cannabis use for adults is only legal in nine countries, namely Malta, Canada, Georgia, South Africa, Mexico, Uruguay, Thailand as well as a number of states in the United States of America and the Australian Capital Territory in Australia. Furthermore, in the Netherlands, the sale of cannabis is only allowed in licensed coffee shops. Many other countries have allowed cannabis to be sold for medical use.

Present at the launch was a member of the Seychelles National Assembly, Francois Adelaide, of the Linyon Demokratik Sesel (LDS) ruling party, who told SNA that the event "is an important move that shows that the association members are serious about what they are doing and want to fight to legalise the plant."

Speaking about the turnout of about 20 people, Adelaide said that this is still a taboo subject and as such not many people want to come forth and talk about it even if they are using cannabis in private.

"I represent the people, so it is normal for me to come and listen to the members of the association and hold a dialogue with them. This allows us to see the direction they are going in and we can then see how we can support the association so that they can attain the objective that they want," said Adelaide.

SNA contacted the Leader of Government Business in the National Assembly, Bernard Georges, to verify if LDS is officially supporting the initiative.

Meanwhile, Georges added that his party is ready to have a dialogue with the new association and that “it needs to be had. The dialogue needs to start somewhere and we welcome an interaction with the association to see which direction they are going and if they can be supported or not."

The SKA team plans to continue conducting public meetings in districts of Seychelles to sensitise and educate the public on the matter.

Cannabidiol products that do not give a ‘high’

"Seychelles lacked credible information on cannabis. The world is changing, cannabis is being accepted in societies and communities across the globe due to its immense benefits, creating a huge demand for cannabis products," said Esparon.

According to an article on Visual Capitalist, by 2024, the global cannabis industry - which includes mainly Cannabidiol-based beauty, food, beverages and supplement products - is expected to be worth $103 billion with Europe and North America expected to make $39.1 billion and $37.9 billion, respectively. Africa is expected to make $2.9 in this industry.

Esparon explained that "the huge gap exists simply because African countries were very late in enacting cannabis reform laws that kickstart their industry."

"Cannabis tourism can play a big role in contributing to Seychelles' fragile economy, especially from tourists coming from countries where cannabis is legal and readily available," he continued.

The association is currently conducting an online petition on the legalisation of cannabis in Seychelles and has so far received 541 signatures.