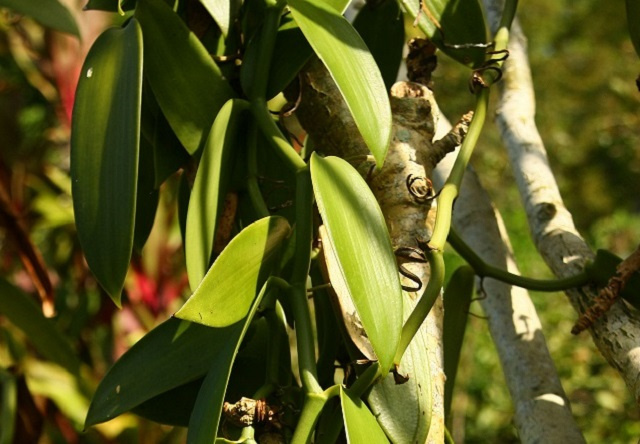 (Seychelles News Agency) - With Seychelles continually looking at ways to diversify its economic activities, one industry that appears to be attracting a lot of interest is the plantation of vanilla.

There are already several businesses looking to get into the production of vanilla and SNA has learned that the Seychelles Islands Foundation (SIF) is now also looking into the possibility of mass-producing vanilla at the Fond Ferdinand Nature Reserve on Seychelles’ second largest island, Praslin.

SNA spoke to the operation’s manager at Fond Ferdinand Nature Reserve, Kenneth Pointe, who said that he is looking to revitalise the area, which previously had a vanilla plantation, but has been left abandoned for many years.

“We have only just started, where I recently got a worker who understands how to manage such a plantation and while we are starting on a small scale, we hope that it can grow and we can have a fully-fledged spice plantation here,” said Pointe.

Located approximately 5km from the world-renowned UNESCO World Heritage site - the Vallee de Mai - Fond Ferdinand is on the eastern coast of Praslin and has an area of 122 hectares, which is over six times larger than Vallee de Mai.

The nature reserve also has a number of endemic plants and animals, while it also has a good number of coco de mer palms.

“Most clients come to Praslin to see the coco de mer, but I want to give them something different, where they can view a vanilla plantation as well,” added Pointe, who explained that this project is very much still in its infancy.

Introduced in 1866 during the British colonial period, vanilla was one of the first agricultural industries in the island nation and the basis of wealth for many landowners at the time.

Vanilla growers ceased production for export in the 1960s because of the cheaper synthetic vanillin most countries were buying.

Today, only a few vanilla plantations are left in the country, with l’Union Estate on La Digue, recently starting to revive the industry.