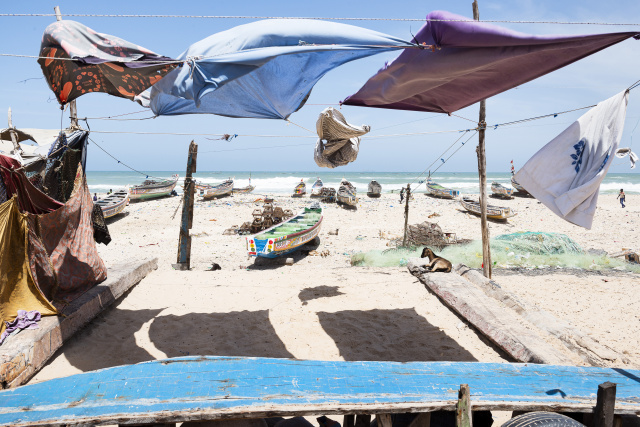 (AFP) - African countries on Friday agreed on a common push to limit global warming to 1.5 degrees Celsius -- a goal that scientists fear is increasingly elusive -- at upcoming UN climate talks.

The five-day Africa Climate Week, held in the Gabonese capital of Libreville, is one of a series of regional confabs ahead of the COP27 in Sharm el-Sheik, Egypt, from November 6 to 18.

The talks "reiterated the need to further accelerate climate action on all fronts, namely in adaptation, loss and damage, climate finance, and adopting more ambitious mitigation measures to keep the 1.5-degree target within reach," Egyptian Foreign Minister Sameh Shoukry, who will chair the COP27, said in a statement.

African countries are among the nations that are least to blame for the fossil-fuel gases that stoke global warming, accounting for less than four percent of global emissions of carbon dioxide.

But they are also among the countries that are most exposed to climate impacts, such as worsening drought, floods and cyclones.

Funding to help poorer countries curb their emissions and strengthen their resilience is traditionally one of the thorniest issues at COPs -- Conferences of the Parties -- under the UN Framework Convention on Climate Change.

According to the African Development Bank, Africa will need as much as $1.6 trillion between 2020-2030.

In many rich countries, catastrophic heatwaves and wildfires this year have strengthened demands for action on climate.

But Russia's invasion of Ukraine and the threat to growth posed by the Covid-19 pandemic have also cast a shadow on prospects for meeting funding needs.

"The geopolitical realities and energy crisis confronting the world have opened the door for backtracking on climate commitments and we must do everything to ensure this does not happen," warned Shoukry.

In 2015, 196 UN members meeting in Paris set the goal of keeping warming to well below two degrees Celsius (3.6 degrees Fahrenheit) compared to pre-industrial levels, and preferably to 1.5C.

But experts say that surging carbon emissions have endangered the lower goal.

"Science tells us if we continue business as usual, global average temperature will rise... more than 3C by the end of the century," said the UN's deputy climate chief, Ovais Sarmad.

In May this year, the UN's World Meteorological Organization said there was an even chance that the 1.5C target would be breached within the next five years.

The Libreville meeting brought together around 2,300 delegates from government, NGOs and the private sector from around 50 African countries.