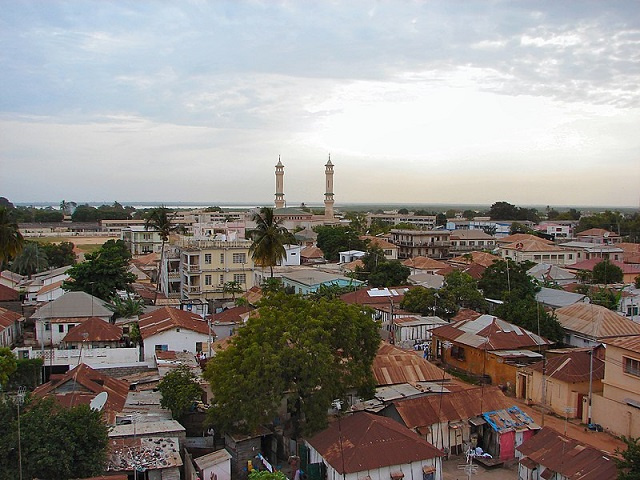 Banjul, the capital of The Gambia, the smallest country on the African continent (Bjørn Christian Tørrissen) Photo License CC-BY-SA 3.0

(Seychelles News Agency) - The Gambia will be looking to implement a number of points learnt from Seychelles into the creation of its own commission that will oversee the country’s state-owned enterprises (SOEs).

This comes after a 10 member-strong delegation from the Gambia recently completed a visit to the island nation, where the aim was to learn from the experience of the island state's Public Enterprise Monitoring Commission (PEMC).

On Friday afternoon, the delegation, along with the CEO of PEMC, George Tirant, met with the media, to give details on the visit, where Abdoulie Jallow, the permanent secretary at the Ministry of Finance and Economic Affairs of The Gambia, explained that they have identified a number of things that will help them.

“What we have noticed is that in Seychelles, the level of compliance from these SOE’s is very high, which shows good oversight, while the SOE’s are also profitable, which is what we want to see in Gambia,” said Jallow.

He added, “If oversight is weak, it will affect the performance of the SOE and event their financial ability, which is why must ensure they perform according to expectations.”

The establishment of a monitoring commission for SOE’s in Gambia is expected to come after the Truth, Reconciliation and Reparations Commission in the country made the recommendation to the government to come up with new legislations to oversee SOE’s.

“These recommendations are part of a number of reforms being undertaken in the country, since 2016, as part of efforts to stabilize the country,” Jallow added.

The Gambia has 13 SOE’s and they were pointed in the direction of Seychelles by the International Monetary Fund (IMF), as the country they could learn from, as a model of where the oversight of SOE’s is concerned.

The CEO of PEMC, Georges Tirant, explained that this is not the first time that PEMC is visited by other nations who want to learn from them, where he said that such recommendations from IMF is a testament to the work they are doing to ensure local SOE’s perform to an acceptable level.

“We also had a team from Eswatini recently who met us virtually, in a bid to learn from us, but this visit is not a one-way thing as we are also able to learn from them,” added Tirant.

Compared to The Gambia, Seychelles currently has 27 SOE’s and the delegation also visited some of them, to see their operations, while they also met with the office of the Auditor General and the Procurement Oversight unit.

The Gambian delegation will now work on the plans for establishing their commission, which they will present to the National Assembly soon for approval.

Diplomacy » Be a reporter: Write and send your article » Subscribe for news alert
Tags: The Gambia, Public Enterprise Monitoring Commission