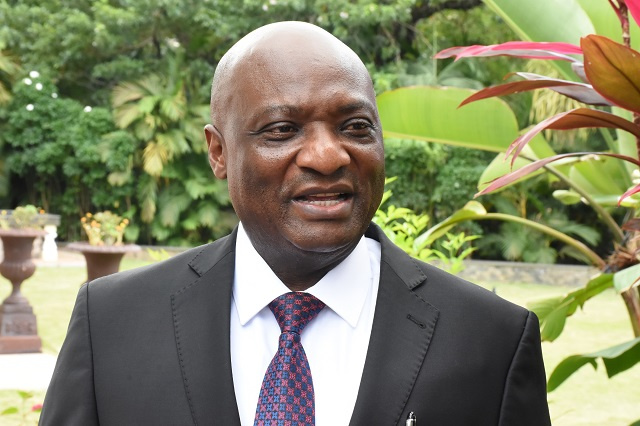 (Seychelles News Agency) - While eyeing the signing of a broader agreement that will promote more bilateral exchanges between the two countries, Tanzania remains committed to supporting and increasing an existing corporation with the Seychelles Prison Service, the newly accredited high commissioner to the island nation said on Tuesday.

He outlined that currently 13 Tanzanians are working at the Seychelles Prison Service, and Tanzania remains "committed to support and increase the relationship in that area with the prison service." Another area of potential cooperation is within the judiciary services.

Speaking to the press after presenting his credentials to Seychelles' President Wavel Ramkalawan, High Commissioner John Simbachawene shared that during discussions it was "agreed that we have to push for the signing of a 'general framework cooperation agreement' between Tanzania and Seychelles."

"After the signing of this agreement, we will be able to boost the relationship between the two countries as there are so many areas in that agreement, we expect can make Tanzania and Seychelles closer," said Simbachawene.

One such area is the trade and investment sector, where the high commissioner outlined the existence of vast lands and the availability of minerals in Tanzania. He invited Seychellois investors to take up business opportunities in these areas, as well as in the tourism sector, adding that Tanzanian citizens can also do business in the island nation.

"We also discussed the issue of maritime security. Tanzania and Seychelles share a border within the Indian Ocean and as such we have so many similarities in the challenges that we face. Among those challenges we have the issues of drug trafficking, transported through the Indian Ocean and coming to our countries, affecting a lot of people, especially children. Tanzania and Seychelles need to work together to combat that," said Simbachawene.

Another area touched upon during discussions between the two diplomats was the possibility to introduce the teaching of Swahili as a language in schools and university in Seychelles.

"Seychelles is a member of SADC and African Union and Swahili was adopted amongst the communicating language in these organizations. In Tanzania, Swahili is our national language aside from English and we have a lot of personnel who can teach and assist the government of Seychelles to introduce and teach Swahili in your school or university. His Excellency accepted that we have to work on it so that we can make sure that Swahili can be spoken in Seychelles," said Simbachawene.

Bilateral relations between Seychelles and Tanzania were established in November 1986, with Simbachawene being the fourth high commissioner to be accredited to Seychelles.

Simbachawene will be based in Nairobi, Kenya.