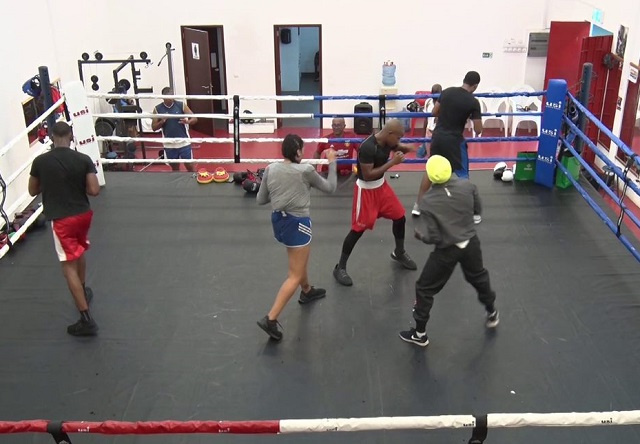 (Seychelles News Agency) - Ariana Memee, the first Seychellois woman to compete in an international boxing event for Seychelles, has reached the semi-final which guarantees her a bronze medal even if she does not make it to the final.

Memee who is among a group of five boxers who left Seychelles last Friday for Maputo, Mozambique, for the 2022 African Boxing Championships, defeated a boxer from Eswatini. She will be fighting against Brigitte Mbabi from Congo on Wednesday.

She is competing in the 69kg category and has revealed her pride at the opportunity to represent her country at such a level.

"It is great opportunity for me and the training has been good, where I have had a lot of encouragement and help from the boys and the coaches," said Memee, who said she will give her best to win a medal for Seychelles.

"I wish more girls could join the sport, as it is not that difficult and you need to be determined," added Memee, who says boxing is not just for men.

Another Seychellois boxer, Dasheil Fanchette, has progressed to the next round in his category -80kg after winning his fight 4-1 Alton Gabuza from South Africa.

Out of the remaining boxers, Romano Moustache lost by knockout in the first round against George Molwantwa from Botswana in the -54 kg category.

Shain Boniface lost 5-0 against Shaft Mwandwi from Zambia and 18-year-old Joshua Cousin was expected to fight on Tuesday.

For Moustache and Fanchette, this is their very first taste of international competitions. ll.

Moustache said his aim is to gain as much experience as possible from this competition so that he can improve himself.

The boxers trained intensively for the past few weeks with popular coaches Jerry Legras and Rival Payet.

"The team is ready to compete and I do think that we come away with results that we can be proud of," said Legras, who added that they are aiming to bring in a new generation of boxers, as they look towards the future.
He added that more women should join the sport as there is a lot that can be gained from it.

The African Boxing Championship brings together top male and female amateur boxers from the continent and the event is back after a five-year break. Around 27 nations are participating and the organisers have confirmed that this year's championship taking place from September 9 to 18 will be a prize money event.