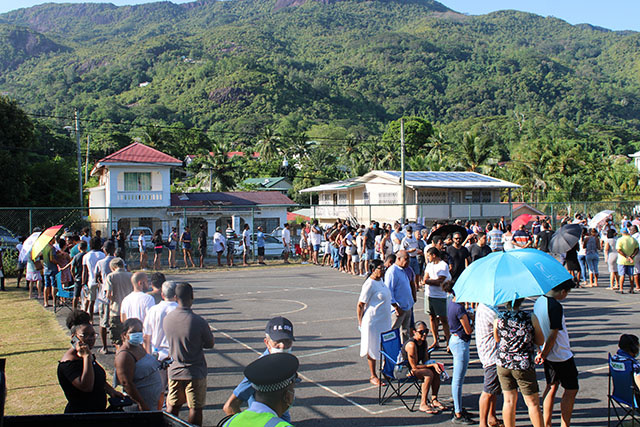 Voters in Seychelles will soon know more about a proposal to review the electoral boundaries of their districts when the Electoral Commission (EC) starts an intensive educational campaign within the coming month.

Following the general elections in October 2020, the EC produced its report recommending the review.

The statutory instrument (SI) approved by the Cabinet last month will go before the National Assembly for approval and this "legally shows how the commission is carrying out the exercise," the Chief Electoral Commissioner, Manuella Amesbury, told SNA.

She also explained that as per sections 112 and 116 (b) of the Constitution, the commission has an obligation to review the electoral boundaries. The purpose of the exercise is to ensure there is proportional representation."

Amesbury said that the reason for the SI is that the electoral boundary exercise is one that is very delicate so that all the steps in the process are properly detailed to avoid finger-pointing in the future.

"For instance, if you look at the districts now, the Beau Vallon school is actually found in the Bel Ombre district," she explained.

The Commission worked with the Attorney General for the Statutory Instrument (SI) which has been submitted to the Cabinet of Ministers.

Meanwhile, one of the main activities the Commission will start is to educate the Seychellois voters on the importance of holding such an exercise.

"This is an exercise in which we will need everyone's cooperation," said Amesbury.

She explained that they would use various means to pass the message across including social media, television and newspapers.

Once the National Assembly approves the SI, a committee will be set up to undertake the exercise with the assistance of technicians.

Amesbury said that will include professionals from the various governmental departments.

She stressed that the committee "will not include any of the political parties, even though they are our main stakeholders."

She added that will prevent the Commission from being accused of manipulating the boundaries of electoral constituencies to favour one party.

"There will also be extensive consultations with the different stakeholders as well as the public itself; so it's going to be a very big exercise," she explained.

In the proposed law, the new committee undertaking the electoral delimitation exercise will be chaired by the Commission CEO while the other members will be professionals in their fields.

However, she said that once the committee gets to work they may identify other challenges that they will have to address.

Amesbury told SNA that the exact date that the exercise will begin is not yet confirmed and as this will depend on the discussion on the SI in the National Assembly.

Meanwhile, the EC is inviting people to attend the public consultative meeting when they will be scheduled for their respective districts in order to provide their input.

After receiving the committee's report the EC has until January 2024 to present its report to the president.

Seychelles, an archipelago in the western Indian Ocean, has a population of a little over 100,00 people.

General » Be a reporter: Write and send your article » Subscribe for news alert
Tags: electoral boundaries