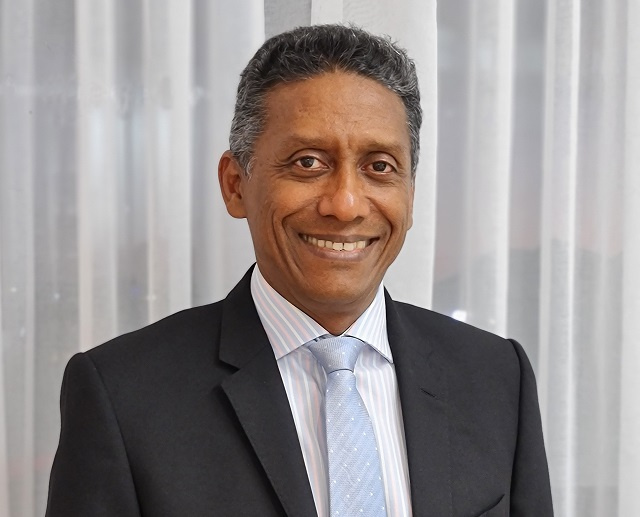 Faure was the President of Seychelles from October 2016 to October 2020. (Danny Faure Foundation)

"It is an honor for Seychelles and a responsibility that I have accepted to discharge with the team in support of the Commonwealth to the principle of democracy," Faure told SNA on Tuesday.

Seychelles became a member of the Commonwealth in 1976 following independence from the United Kingdom.

The group of observers was put together by the Commonwealth Secretary-General, Patricia Scotland, following an invitation from the Independent Electoral Commission of Lesotho.

In a press communique released on September 8, Scotland said that Faure is well placed to appreciate the issues at hand and to lead the team in Lesotho.

"As the former President of Seychelles, His Excellency Danny Faure has led his country to a number of successes and has put his country at the forefront of innovation, technology, and economic development," said Scotland.

Faure was the President of Seychelles from October 2016 when he took over from President James Michel who resigned. In October 2020, Faure lost the election to the current President, Wavel Ramkalawan, and currently heads the Danny Faure Foundation, which works on sustainable development issues, including the Blue Economy.

The Commonwealth Observer Group shall be observing and considering factors affecting the credibility of the electoral process as a whole and will consider the pre-election environment and election preparations.

With representatives from Seychelles, Nigeria, Rwanda, Trinidad and Tobago, the United Kingdom, and Zambia, the Commonwealth observers will be deployed to different parts of the country. There, they will have the responsibility of observing the voting, counting, and results-giving processes.

"Our election observation work is hugely important, helping to safeguard and strengthen the process, culture, and institutions of democracy across the Commonwealth," said Scotland.

She added that "the team is independent and impartial. It will assess the overall conduct of the election and will offer any recommendations needed to further strengthen the electoral process in Lesotho."

The observers will have to hand in a report after their work and provide recommendations on the election procedures. This report will be submitted to the Commonwealth Secretary-General for her consideration. Scotland will in turn share it with the Lesotho government and relevant stakeholders.

The group is expected to arrive in Maseru, the capital city of Lesotho, on September 30.

The general elections on October 7 will elect all 120 members of Lesotho's National Assembly, the lower house of the country's parliament.

The King of Lesotho, Letsie III, is the head of state and serves a largely ceremonial function.