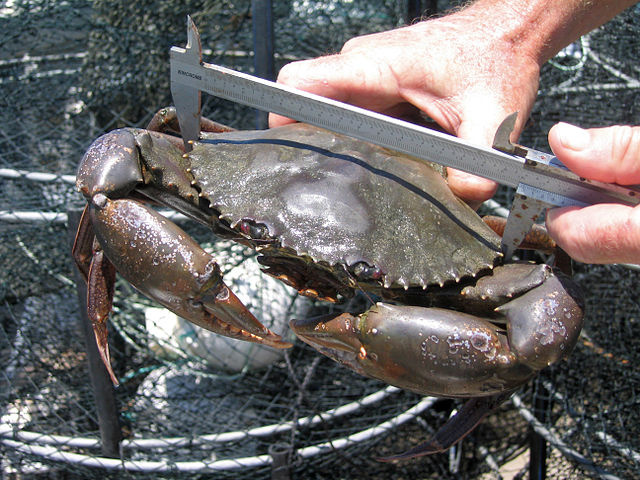 The mud crab is greatly sought because of its robust size and dense meat content.   (CSIRO Wikimedia) Photo License: CC BY 3.0

The mud crab population in Seychelles is being assessed for the first time in a one-year study that kicked off in September, said a top official of the Seychelles Fishing Authority.

The head of the aquaculture department at SFA, Aubrey Lesperance, said that the authority wants to establish "the population and abundance of the species, to better understand it as well as look into its potential for aquaculture."

The mud crab (Scylla Serrata) is a species found in the estuaries and mangroves of Africa, Australasia, and Asia and their shell colours vary from a deep, mottled green to very dark brown. The species is greatly sought because of its robust size and dense meat content.

Prior to launching the study, Lesperance said SFA researched mud crab farming and harvesting in the southeastern part of Asia and Kenya to observe the methods being used. He said farming of the species is popular and successful in south East Asia while in Kenya, they observed that its vast mangrove vegetation is ideal for the species' growth as it protects them from direct sunlight.

The Seychelles Fishing Authority said this will be the first major survey on the species, found in mangrove areas and which are harvested regularly for local consumption.

The authority is considering two methods, namely aquaculture and ranching.

Lesperance explained that ranching is the process where "we catch middle-sized crabs and feed them until they reach full-grown size. This method has not been successful in various parts of the world, except in south-east Asia, so it is not reliable but we need to test it in Seychelles and see the outcome."

The study is being conducted by Seychelles-based consulting firm, Bee Ecological Consulting, and funded by the Seychelles Conservation and Climate Adaptation Trust, (SeyCCAT). It will be done in two phases and the first component will cost $28,000.

Lead consultant, Gilberte Gendron, said the first part which started in September, will involve a questionnaire for mud crab fishers both past and present.

"We want the fishers to tell us everything about their venture from how regularly they catch the mud crabs, the areas where they focus their search as well as their techniques,'' said Gendron.

Bee Ecological Consulting will move to phase two in October which will include setting up traps where mud crabs will be caught, tagged and released back into their habitat.

"This will allow us to collect information such as their growth, their distribution, and the types of habitat they prefer," explained Gendron.

Bee Ecological Consulting is calling on everyone not to tamper with their traps and to refrain from taking any tagged crabs they come across, as this would affect their data collection.

The stock assessment will be done on Seychelles' three main islands, Mahe, Praslin and La Digue.

Fisheries » Be a reporter: Write and send your article » Subscribe for news alert
Tags: aquaculture