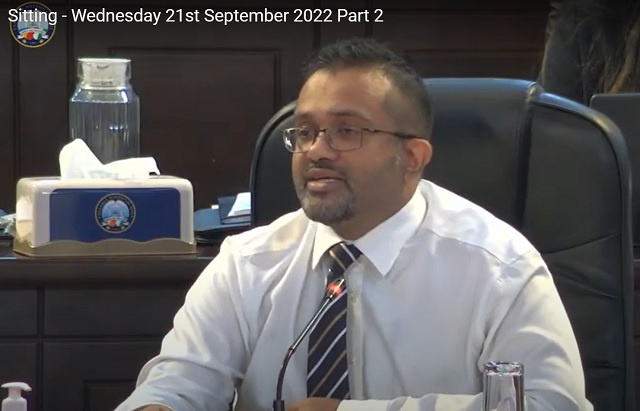 (Seychelles News Agency) - The Seychelles’ tourism industry is performing better than the forecast made when the 2022 budget was finalised last year, said the finance minister on Wednesday.

Naadir Hassan made the conclusion during the review of the budget performance from January to February 2022 before the members of the National Assembly.

Last year, the National Assembly approved a budget of around SCR 10 billion which was expected to bring a fiscal deficit of $17.5 million (SCR 232.1 million) or 0.81 percent of the country’s gross domestic product (GDP).

“We had foreseen a gross domestic growth of 7.9 for the year 2022 but with new development in the tourism sector, our projection has been revised to reach 10.8 percent for the year 2022. Our indicators are showing that we can have an increase of 75 percent in tourism arrivals when we compare with the year 2021,” said Hassan.

The minister said that for the first six months of 2022, the revenue of the tourism sector has increased and reached $257 million compared to the last year which was $87 million for January to June.

While the tourism industry has bounced back after the COVID-19 pandemic, the Seychelles’ government still requires a supplementary budget to function.

Hassan said one of the major expenses is that the government plans to use the additional funds for its debt repayment with Etihad Airlines.

Seychelles signed an agreement in 2021 with Etihad to the sum of $13 million to pay Air Seychelles’ debt in the midterm.

“Based on the negotiations with the administrators and creditors, the government has taken out a loan with the Trade Development Bank to repay this liability with Etihad which helps to remove the securities on the two twin otters,” explained Hassan.

Finance » Be a reporter: Write and send your article » Subscribe for news alert
Tags: budget performance