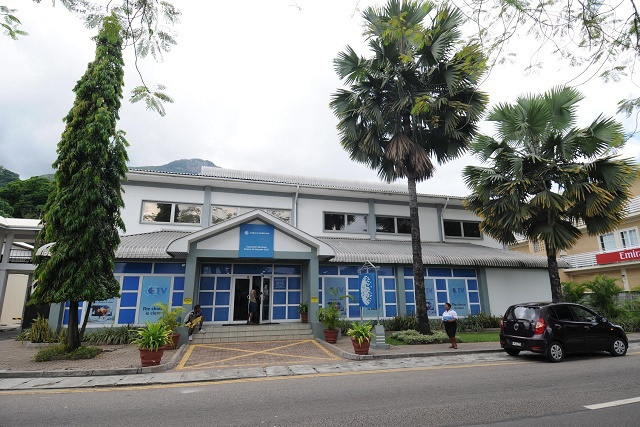 As of September 26, Cable and Wireless Seychelles, one of the oldest telecoms firms on the island, is listed on the MERJ Exchange based in the country. (Seychelles News Agency)

Local telecommunications company, Cable and Wireless Seychelles (CWS), has as of Monday morning begun to sell its shares to the public to increase its shareholder base and raise approximately $4.3 million.

As of September 26, Cable and Wireless Seychelles, one of the oldest telecoms firms on the island, is listed on the MERJ Exchange based in the country, where 120,000 shares were made available for sale until October 4.

CWS expects to sell in total 9.8 percent of its shares but for the first round, it will sell 2 percent. Each share in the company will cost SCR500 ($36).

At the official event for the listing of the company, the CWS chief executive, Georges D'Offay gave a brief history of the company, its achievements, and the benefits that the selling of its shares will bring.

D'Offay, who is the first ever Seychellois to head the company, was appointed as CEO in December 2021.

"This listing will allow CWS to increase its shareholder base and connect even further with the public. Our esteemed customers will now have the opportunity to share in our success," he added.

Customers looking to purchase a share in the company, which last year paid a total of SCR90 million ($6.4 million) to its shareholders, will be able to make their purchases through a facilitation office at Switch (PTY) based at Le Chantier. Other entities and institutions are advised to contact PKF or MERJ directly for account opening.

Since November 2019, the company has been entirely owned by a group of Seychellois entrepreneurs who purchased Cable and Wireless Seychelles under the group CWS Investment for a price of $130 million from Liberty Global, one of the world's largest television and broadband companies.

At the ceremony on Monday, the Minister for Finance, Nadir Hassan, hailed the listing as "a moment of great importance not only for Cable and Wireless but also for the country, as this listing contributes towards the continued development of the financial market in Seychelles."

He urged other local companies to consider doing the same as it comes with numerous benefits.

"Traditionally, domestic companies have been largely reliant on loans for the raising of capital, and such reliance may not foster the most competitive environment and may not present the most cost-efficient method. It is for this reason that we seek to encourage companies to carefully analyse their strategies for raising capital," said Hassan.

He added that "we hope that with the government's continued support of the development of the capital market, it may be increasingly considered as one of the avenues for access to capital for an increasing number of Seychelles companies."

The CEO of CWS said that since he took over the leadership "the plan was to bring more Seychellois as shareholders in the company so that they can also be proud to be part of this historic company."

CWS was the first telecommunication company to connect Seychelles to the rest of the world in 1893. It now has the only 5G network in Seychelles and an advanced fibre optic link.

The company together with Airtel Seychelles is one of the two main telecommunication service providers in Seychelles, an archipelago in the western Indian Ocean.

Finance » Be a reporter: Write and send your article » Subscribe for news alert
Tags: MERJ Exchange