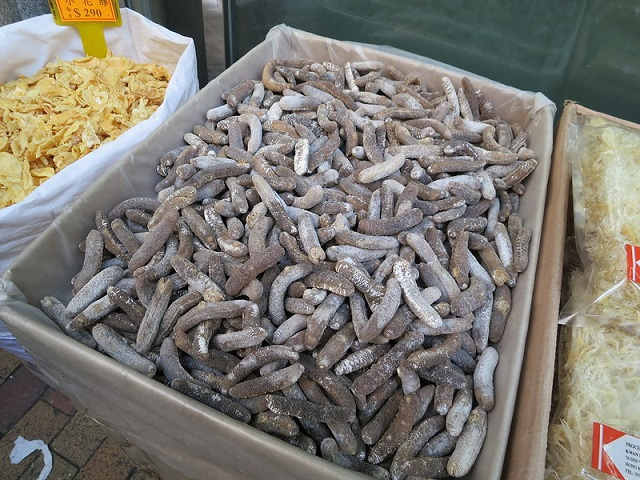 The Seychelles Fishing Authority (SFA) is banning the fishing of one sea cucumber species while introducing and opening another species for the 2022-2023 sea cucumber fishing season.

The new season starts on October 15 and ends on June 14, 2023, however, SFA said that for the coming three years, there will be a complete closure on the fishing of the white-teat fish.

In a recent fishery-independent assessment, carried out jointly by SFA and operators in the sea cucumber industry, it was observed that the stock of the species has gone down significantly when compared to data collected in 2004.

In a press conference on Thursday, the head of the department for monitoring, control, and surveillance at the authority, Johnny Louys, shared that after three years a review of the species stock will be carried out.

A total quota of 56,250 pieces was allocated to this species during previous open sea cucumber fishing seasons.

Louys also outlined that another species of sea cucumber - the golden sandfish - will be introduced to this season's list of such sea animals that can be exploited.

"Each vessel will get a quota of 4,000 pieces when it comes to the exploitation of golden sandfish. We will do a review to see the performance of this species' harvest in mid-session to see how to adjust the quota," said Louys.

He added that since the authority started collecting data on sea cucumber, only 1,000 pieces of this species have been fished. Sea cucumber fishery in Seychelles began in the early 1980s.

"When we consulted with fishers, one of the reasons they provided for not exploiting this species is because the difficulties to do so. This species can only be exploited at a certain time during the month, mostly around a full moon and new moon. This species, however, has a higher commercial value than the ones currently being exploited. As a species that has not been exploited for many years, we are providing fishers with the opportunity to do so," said Louys.

For the two other commercially exploited sea cucumber species, the authority has decided to increase the fishing quota of prickly redfish by 20 percent as the survey shows a significant increase in population. The quota has gone up from 1,500 pieces per vessel to 1,800 pieces.

The quota for the flower teat fish has, however, been reduced by 5 percent - from 11,250 pieces per vessel to 9,619 - as a reduction in the stock has been observed.

A total of 25 licenses are to be issued this year.

In Seychelles, sea cucumbers are mostly exported, especially to the Asian market. According to the National Bureau of Statistics (NBS), the annual export of dried sea cucumbers from 2019-2021 was a total of 41.52 tonnes at a market value of $4.7 million.