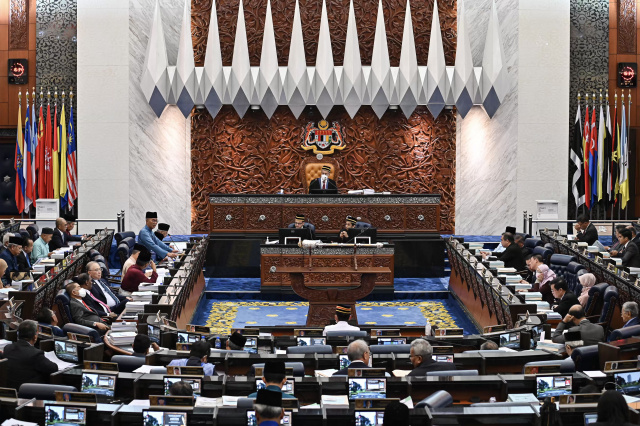 (AFP) - Malaysia's prime minister announced the dissolution of parliament Monday, allowing for snap elections aimed at bringing political stability as the country emerges from Covid-19 and the 1MDB corruption scandal.

"Yesterday I met the king ... and I sought his permission to dissolve the parliament. And the king agreed to my request to dissolve parliament today," Ismail Sabri Yaakob said in a televised address to the nation.

"I hope the people will use their votes wisely to vote for stability, economic growth and harmony in the country," he said, referring to the mainly Muslim but multi-racial Southeast Asian nation.

He made the announcement a day after an audience with the king, Sultan Abdullah, who gave his consent.

No date has been given for an election, but under the constitution polls must be held within 60 days following the dissolution of parliament.

The dissolution came days after the government unveiled a populist budget that included a few billion dollars worth of cash handouts and a cut in personal income taxes.

Polls were not due until September next year but Ismail faced intense pressure from within his United Malays National Organisation (UMNO) party to dissolve parliament and secure a strong mandate in early elections.

Malaysia has been in political turmoil since the last national elections in 2018 when a reformist pact steered by ex-leader Mahathir Mohamad overwhelmingly defeated an alliance led by UMNO, the main party that ruled the country for more than 60 years.

Then incumbent Najib Razak, who was embroiled in a scandal where billions of dollars were alleged to have been looted from the 1MDB sovereign wealth fund, was ousted as prime minister.

He was later convicted of corruption following a lengthy trial and started serving a 12-year jail term in August for the initial batch of charges.

Hopes for stability after Najib's ouster faded quickly, however, as Mahathir's government collapsed after 22 months due to bitter infighting.

He was succeeded by his former right-hand man Muhyiddin Yassin, but growing public anger over his handling of the pandemic forced him to resign less than two years after he took office, and Ismail was named Malaysia's new leader.