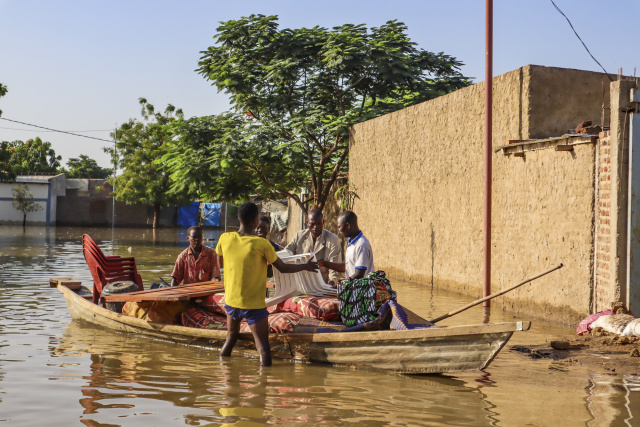 (AFP) - Chad's leader Mahamat Idriss Deby Itno on Wednesday declared a state of emergency as the country struggles to deal with exceptional flooding that has affected hundreds of thousands of lives.

The floods, caused by heavy rains in the south and central areas, have hit 18 of the country's 23 provinces and affected "more than a million people", Deby said in a television address, adding that no one had yet died as a result.

"A state of emergency will be instituted to better contain and manage this natural disaster situation," Deby announced.

"The areas most at risk are the capital N'Djamena and surrounding areas," the president said, calling the situation "increasingly worrying".

Chad is the world's third poorest country, according to the benchmark of the UN's Human Development Index.

"We have to provide shelter, basic necessities and health protection," Deby said.

"We have to thank the Almighty who has spared us the loss of life until now," he added.

He urged "friendly countries" and "technical and financial partners" to support the government's efforts.

The 38-year-old five-star general took the helm in April 2021 after his father, Idriss Deby Itno -- Chad's iron-fisted ruler for three decades -- was killed during an operation against rebels.