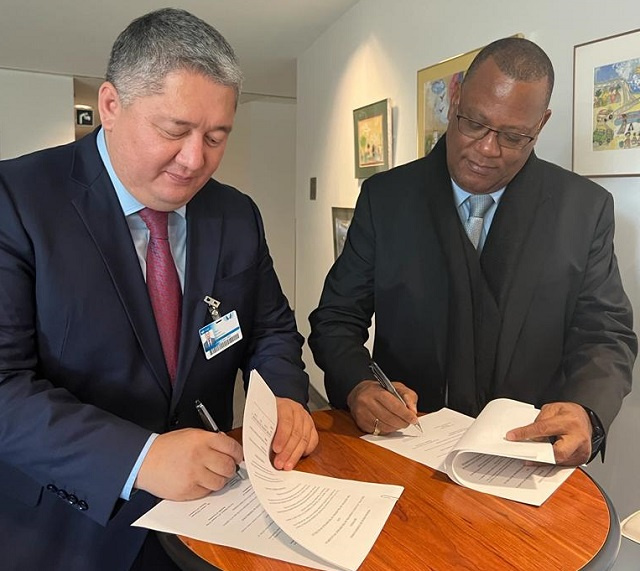 Seychelles is looking for opportunities to boost its tourism market through an increase in flight connections to other countries, said a top official on Thursday.

Seychelles' transport minister, Antony Derjacques, said that the island nation signed two agreements, one with Kazakhstan and the other with Qatar, on the sidelines of the 41st International Civil Aviation Organisation (ICAO) Assembly in Montreal, which took place from September 27 to October 7.

"The agreement with Kazakhstan will see Air Seychelles flying to the central Asian nation's capital Almaty, which we envisage will start by the end of January," said Derjacques.

He added that through the agreement, Kazakhstan's airline, Air Astana, will fly to Seychelles in future.

"The other agreement was with Qatar which will enhance cooperation between the two countries, especially where it concerns technical and training for civil aviation staff," said Derjacques.

The minister announced that a number of other airlines have announced their intentions to start flights to and from Seychelles. These include Saudi Arabia's Flynas, and South Africa's Airlink and FlySafair.

Over 150 nations participated in the (ICAO) Assembly where participants were able to know more about of the challenges that ICAO has faced over the last three years, since the last meeting, including the global pandemic, as well as any changes that need to be made in terms of security and safety.

Gary Albert, the chief executive of the Seychelles Civil Aviation Authority, said that "there have been no requests made by ICAO to Seychelles on the need to make any infrastructure changes to the Seychelles International Airport."

He added that the only thing that Seychelles can expect is the ICAO's regular audits that could take place next year.

"The audit is very intense, where they check to ensure all regulations are being properly implemented, the airport infrastructure and also will check if local airline operators are operating to the required standards," said Albert.