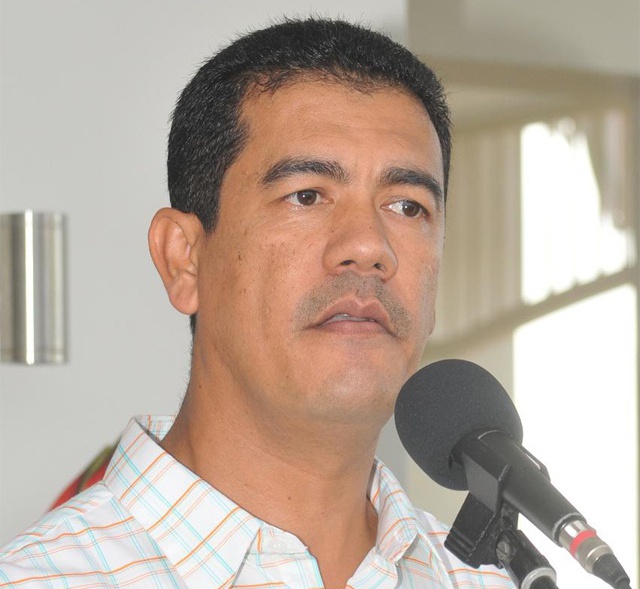 (Seychelles News Agency) - Since the news broke on Tuesday that the Central Bank of Seychelles had taken control of the Bank of Muscat International Offshore (BMIO), uncertainty about the future of the bank, its customers and its employees has been mounting.

On October 24, CBS announced that the loss of BMIO’s correspondent bank overseas left the bank unable to process outward foreign currency transfers for its clientele, leaving its clients abroad unable to perform transfers or deposits.

In the latest press statement issued this morning, the Central Bank re-iterated that it "felt that it was necessary" to take over the bank until such time as the correspondent banking issue is resolved or an "alternative solution" is found to allow the bank's clients to transfer funds.

"The Managing Director of BMIO has taken annual leave to allow CBS and the Financial Intelligence Unit to resolve the matter and the rest of BMIO staff are assisting CBS in the operations of the bank," read the statement.

SNA caught up with the Managing Director of BMIO, Frank Hoareau, to get his perspective on the bank's current situation.

Can you give us a brief explanation of what it means to lose your correspondent banking relationship and why this happened in BMIO's case?

FH: A correspondent banking relationship allows a bank like BMIO for example, to clear transactions on behalf of its customers in various currencies and through the respective financial centres; US dollars via New York, Euros via Frankfurt and pounds Sterling via London.

When a bank does not have a correspondent relationship they cannot do transactions in international currencies for its customers, it’s as simple as that.

For much of the last six years of the bank’s existence we have used JP Morgan as BMIO’s correspondent bank for the three main currencies that we were using (US dollar, Euro and British Pound).

This relationship came about by virtue of the arrangement which JP Morgan has with BMI Bahrain, one of our main shareholders. Early this year when BMI Bahrain started negotiations to sell its stake in BMIO, JP Morgan informed us that they were unwilling to carry on with the relationship and that they don’t have a presence in the Indian Ocean Region. They explained that they are also having compliance challenges from their regulator (the US Federal Reserve) to maintain these small accounts with risky profiles.

After much effort, we obtained correspondent bank facilities with the Bank of China Johannesburg and that relationship lasted for only two months. They explained to us that their focus was RMB (Chinese currency) business in Africa, not USD, Euro or GBP clearing. With Bank of China exit we were left with no correspondent bank to transact for our customers. We have tried to seek facilities with a few other international banks but none of these attempts were successful.

I will add also that the current climate in the financial world where the US authorities is tightening control over worldwide USD transaction as well as being very aggressive in the AML (anti-money laundering) monitoring of transactions, making it difficult for international banks to offer correspondent facilities. We have seen recently the number of reputable international banks that have been fined for lack of internal control to monitor transactions.

What implications did this have for your clientele?

FH: As explained above without correspondent facilities we cannot transact on behalf of our customers much to their inconvenience.

At the moment is the bank open for business at all or is it closed while the problem is being addressed?

FH: As far as I am aware, the bank is still unable to process transactions as I don’t think the issue of correspondent bank has yet been resolved.

Do you believe it was necessary for CBS to step in and assume control of the bank?

FH: The Central Bank has the responsibility under the law to protect bank customers’ deposits when they deem that this is being threatened.

Will BMIO exercise its legal right to apply to the Supreme Court to have the takeover of the bank overturned? If not, do you believe that CBS will hand control back to BMIO's management within a certain time-frame?

FH: These are questions for the owners or shareholders to decide.

What will happen to the bank's employees? Will there be any risk of them losing their jobs?

FH: This is a question best answered by the Central Bank as they now have management control of the bank

In your opinion, what is the prognosis for BMIO's future? Have you lost clientele as a result of this situation?

FH: Much will depend on the plans that Central Bank has. What I can say is: any bank will find it difficult to function without correspondent banking facilities. If you cannot transact for your customers what use is the account?

Editorial note: The US bank JP Morgan is reported to have scaled back its ties with foreign banks since 2013. A report in Bloomberg News in February this year, says “JPMorgan said it cut off the service to about 500 foreign lenders last year as [US] regulators press the world’s biggest banks to verify that transactions are used for legitimate business.”

The Interview » Be a reporter: Write and send your article » Subscribe for news alert
Tags: BMI Bank, BMIO, Central Bank of Seychelles