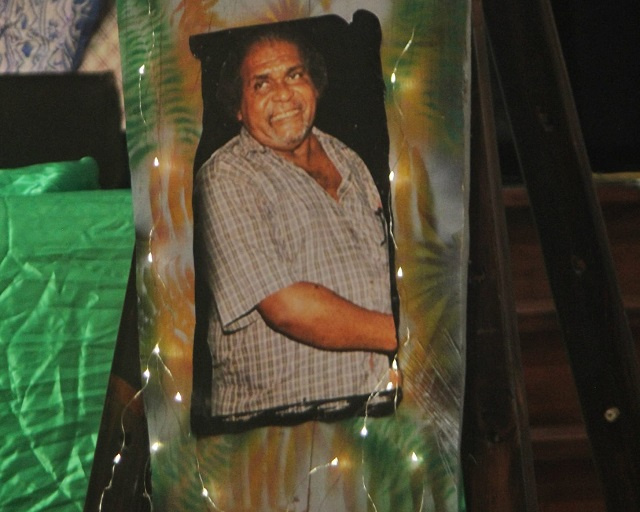 A Seychellois poet has been honoured posthumously by the poetry community as part of the 37th edition of the Creole Festival.

Edwin Henriette, a poet, writer and champion of the Creole culture, was honoured in a recital called 'Onnor Enn nou menm' [honouring one of our own] held at the National Theatre. This year he was remembered for his literary work.

Henriette, who passed away in April 2020, began writing in 1980 and has over the years produced a variety of work that has even earned him third prize in the Antoine Abel literary contest.

His works in Creole, English and French have been submitted to various local recitals and competitions, winning several prizes, special mention and merits.

In addition to writing, he also carried out several research projects in the Seychellois Creole tradition, including proverbs, imaginary expressions and stories.

Another local writer, Georgette Larue said that Henriette "was a jovial person, who would always answer a question by another."

She added that during the one mandate that Henriette held the chairmanship of Lardwaz, she was able to work with him closely and called him "an amateur herbalist' due to the amount of research he carried out on local medicinal plants. You could never be bored spending time with him, as he closely observed what was happening around him and always got his message across in a simple but efficient way."

Lardwaz is an association grouping authors in the Seychelles, an archipelago in the western Indian Ocean.

Organised by Bling Bling Poetry, the recital show placed a spotlight on Henriette and the work he produced over the years through "Onnor Enn nou menm,' which has been on the calendar of the Creole Festival for the last five years.

Bling Bling Poetry is a group of Seychellois poets who work toward promoting poetry and trying to instill a love of the art form in young and old alike.

The association is known for holding its first poetry festival in 2017 and has since worked with the National Arts Council and other artists in the Seychelles archipelago in the western Indian Ocean.

Other poets recited Henriette's work as part of the recital – with the association working closely with his daughter, Tahirie, to get the event off the ground.

This is the second time the association posthumously honours a poet, the first being Regina Melanie.

Others honoured in the past have been Andrea Mounac, Vincent Millius and Marie Clarisse.