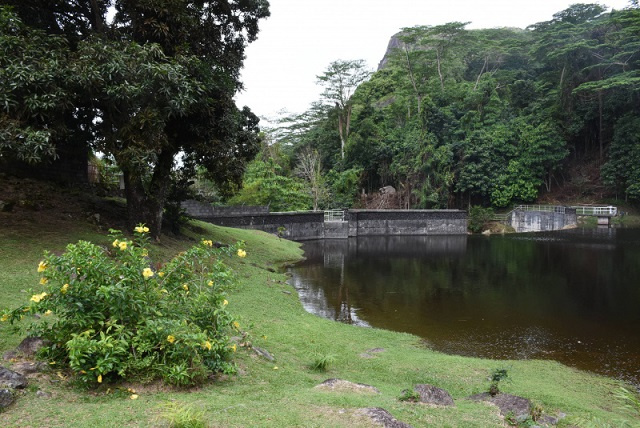 (Seychelles News Agency) - The Public Utilities Corporation (PUC) in Seychelles has warned that there could be more severe treated water restrictions in the coming weeks if the water supply in the country does not improve, said a top official on Monday.

The general manager for the Water Division at PUC, Ibrahima Diallo, gave the press details on the nationwide water restrictions already in place.

"At the moment, the Rochon Dam is at 66 percent capacity, while other reserves are very low, which is why we decided to impose these restrictions, as a means to preserve what little we have," said Diallo.

The Rochon Dam is the second largest in Seychelles and is used to send water to the La Gogue dam, the biggest water reservoir of the island nation. La Gogue is still not operational and works to increase its capacity by 600,000 cubic metres are expected to be completed next year.

La Gogue dam will hold over 1.6 million cubic metres of water once fully completed compared to the Rochon Dam which holds just over 50,000 cubic metres.

"We at PUC do not like to put restrictions on the supply of water, but there are instances when we have no choice but to do so as a last resort," Diallo.

He added that people who live in higher altitudes will notice that they may receive water a bit later than the allocated time. This is because when the valves are open, the water goes to the lowest places first, before rising up to houses on the hills.

Diallo also said that the region most affected by a limited amount of water is the North region, where most of the water sources have dried up.

In the past, restrictions on treated water were uncommon in Seychelles from November to April which was normally when the country's rainy seasons usually start. Last year, around the same time PUC had to impose restrictions when the dry weather persisted.

The island nation's normal rainy season and the wettest months are usually from December to February.

Fredrick Owimo, a forecaster at the Seychelles Meteorological Authority (SMA) told SNA that "We've been having the southeast monsoon and usually by October, we are supposed to be having the northwest monsoon setting in. We call this the transitional period. Unlike the previous years, there is a departure from the behaviour of the wind and it is now variable sometimes southeast sometimes northeast."

Owino added that " We anticipate that the season will set and we will then be having some rain. Our rainy season is now starting in November, going into December then it will peak at its maximum in January."

The SMA is not expecting much rain this season due to the La Niña giving us a negative Indian Ocean Dipole, resulting in a depressed rainfall in the coming season, he explained.