Too sweet for your own good - Diabetes pandemic worries Seychelles islanders 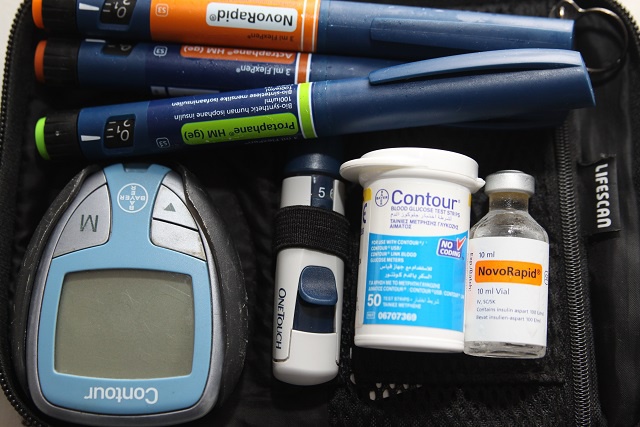 Walking past the coconut-lined beaches and small shops of his neighbourhood, Jean-Yves Labrosse goes to Grand Anse primary school on the island of Praslin, the second most populated island of the Seychelles archipelago in the Indian Ocean. He seems like an ordinary eleven year old boy who likes to play outdoors with his friends and watch TV with his family.

Six months ago, he was diagnosed with Type 1 diabetes, a condition where the body produces little or no insulin. With this form of diabetes, Jean-Yves has to inject himself with insulin every day, which helps to regulate the level of sugar in his bloodstream.

“He has been injecting himself in the arms, legs and even in the stomach”, says his mother Veronique.

When his condition deteriorates, the eleven year old stays for a week or two confined to a hospital bed, waiting for his sugar level to stabilize.

“If his sugar level is too low, he can collapse but if it is too high, he can vomit or have diarrhoea. We have had to be more attentive to him.”

Veronique bravely accompanies Jean-Yves to hospital and describes the ordeal he has had to go through.

“Sometimes, he cannot go to school”, she says. “We have had to change our eating habits at home, we do not use salt and we avoid sugary things that other kids enjoy.”

Without his injection, his mother confides that Jean-Yves may die.

50 year old, Lovecy Joubert has been living with the Type 2 diabetes for more than ten years. In her case, an insulin injection and various tablets are required twice per day to regularize her sugar level.

“I almost do not know where I am going to inject next”, stated Lovecy, whilst showing her bruised arms, legs and stomach to SNA.

“In the beginning, it was scary but after all these years I have learned to live with it”. Lovecy, who cleans offices for a living and lives at Grand Anse Praslin, says it is a condition that is becoming more common in Seychelles but few people talk about it.

An increasing burden as a result of unhealthy lifestyles

According to the diabetes clinic of the Public Health Authority, most diabetics in Seychelles developed the condition in their early 40’s but it can also occur in children and young adults.

A study conducted by the clinic in 2004 found that 11%, of the adult population out of the then 86,000 people were diabetic and another 30% has blood result showing that diabetes were developing.

After ten years since the last study and the population growing to 90,000, the Public Health Authority says it expects an increase in the number of people with diabetes when the next statistics are published early in 2015.

In an interview to SNA, the clinic’s director Julita William says this is due to the diet of the population comprising mainly of processed and unhealthy food, their lifestyle where there is a lack of exercise, being overweight, too much stress, with smoking and alcohol consumption topping the list of factors.

“As we age, it becomes easier to develop diabetes and as our population are living longer, we will find a natural increase in the number of people with diabetes”, states William. “The high prevalence of pre-diabetes found in 2004, also means that some of them will have developed diabetes by now.”

The Type 2 diabetes can however be managed through balanced healthier eating patterns and doing regular physical exercise. Gestational diabetes (GDM) has also been identified in pregnant women, but tends to be a temporary condition.

Injection of insulin is commonly used by diabetic patients of Type 1 diabetes. Type 2 diabetics start by using the tablet-form of medicine such as Metformin and Gliclazide which are used to control the long term condition by helping regulate the high sugar level in the human body. If Type 2 diabetics do not control their condition then they have to take insulin injections to prevent further complications.

As part of the World Diabetes Day on November 14, the Seychelles Ministry of Health launched a three year campaign to try and curb the development of diabetes in the Indian Ocean island archipelago and encourage the population to live a healthier lifestyle.

In a press statement, the Minister for health, Mitcy Larue acknowledged that education can play a key role in preventing the pandemic from spreading in the small population.

A key element in prevention is early detection, with a regular check of blood sugar level, which according to the Ministry can help to identify early development of diabetes so that effective changes can be made to prevent and delay the onset of diabetes.

“It is crucial that people at high risk of developing diabetes and those suffering from the disease, seek education and information so they can avoid complicating factors such as smoking, and understand how to manage their condition” states Larue.

“This will prevent long-term complications which take a heavy toll in human suffering and financial cost”.

Left untreated, diabetes can be a serious problem leading to blindness, limb amputations, and kidney failure which requires regular dialysis as well as drastic changes in a person’s quality of life.

The International Diabetes Federation estimates that over 382 million people are living with diabetes in the world. This figure is estimated to reach 592 by the year 2035. This year, the organisation is emphasising on a campaign of having a healthy breakfast which might help to reduce the high incidence of diabetes in the world

Male life expectancy according to the study is pegged at 68 years of age while for women it stands at 78 years.

The report also found out that mortality due to cardio-vascular diseases which is the leading cause of death in the country has declined by 53 percent in men and 26 percent among females as a result of decreasing smoking and alcohol intake. About 20 percent of mortality in Seychelles is credited to cancer which comes second to cardio-vascular related ailments.