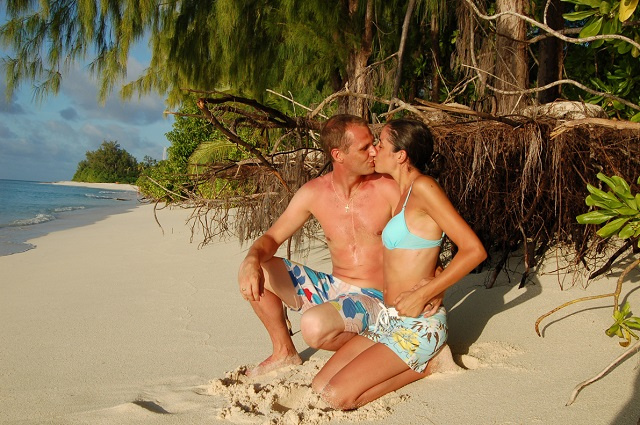 The World Travel Awards is regarded as one of the most prestigious award events around the world, celebrating and rewarding excellence in key sectors of the travel, tourism and hospitality industries.

This year marks the third consecutive year that the island nation walked away with the 'World's Most Romantic Destination 2022' title, having contended once more against other world-class destinations, such as Antigua and Barbuda, Bali and Maldives.

In a press release for the Seychelles Tourism Board, the island nation's tourism principal secretary, Sherin Francis, extended her gratitude and appreciation to all the partners who have paved the way for such an achievement.

Speaking on the efforts it took to maintain this title for the third consecutive year, Francis explained how Seychelles as a destination is constantly working on providing excellence to the visitors.

North Island is one of the 44 inner islands that make up the Seychelles archipelago - 115 islands in the western Indian Ocean. Built in 2003, the resort features 11 private luxury villas.

Nicknamed "The Island of Love," North Island has welcomed many celebrities to its shores. In 2011, Prince William and Kate Middleton spent their honeymoon on North Island. American actress Gabrielle Union, former US basketball star Dwanye Wade followed suit in 2014 and British footballer David Beckam and his wife Victoria came in 2009.

Located on Round Island in the Sainte Anne Marine National Park, the island resort has been awarded the 'World's Leading Private Island Resort 2022' for the fourth year in a row. Owned by a Seychellois family, the resort has been bagging the 'Seychelles' Leading Resort' World Travel Award since 2017.

Enchanted Island Resort, which is managed by the Dubai-based Jebel Ali Resorts & Hotels (JA Resorts & Hotels), is a 10 to 15-minute boat ride from the main island of Mahe, in the Seychelles archipelago.

The resort has been the preferred choice of Bollywood star Sonakshi Sinha and The Rolling Stones' Ronnie Wood.