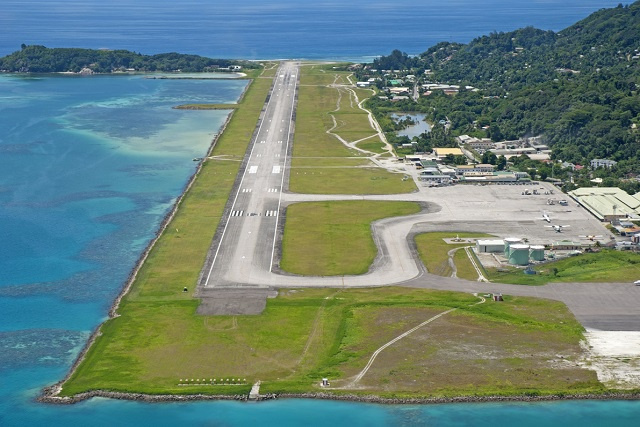 A major upgrade for the Seychelles International Airport to cater to the increase in traffic was unveiled in February by Garry Albert, SCAA's chief executive.

EGIS Emirates has been appointed for the review and preparation of an updated 30-year airport master plan for the Seychelles International Airport, the Ministry of Transport and the Civil Aviation Authority (SCAA) announced on Monday.

A major upgrade for the Seychelles International Airport to cater to the increase in traffic was unveiled in February by Garry Albert, SCAA's chief executive.

According to a press release from the Ministry of Transport, the Minister of Transport, Antony Derjacques, said that with all the changes in tourism over the past decade, the 2009 airport master plan has long been overdue for a review.

"However, this time will be different. We will not only quantify anticipated passenger and cargo traffic trends but create a long-term vision for the airport with a holistic view of the Seychelles tourism sector and its commercial developments, including all of Zone 21.  And we will include alongside the new concept the business model and transactions to pay for its implementation," he said.

The selection of EGIS Emirates, a global consulting, construction engineering and operating firm was completed through a request for proposal through a memorandum of understanding. The MoU was signed between Abu Dhabi Airports Company (ADAC), SCAA and the Ministry of Transport in July 2022.

Albert said that ADAC satisfied the Seychelles evaluation team for its professionalism and support towards our specific airport, aviation and tourism needs.

"We couldn't have asked for a better partner than ADAC in this process, who have themselves recently completed their own new world-class and ground-breaking airport. That experience and knowledge was on full display during the RFP and we are delighted with the final result," he added.

SCAA's chief executive said that the EGIS proposal best reflected the  Seychelles vision and encompassed the environmental and financial sustainability goals of the country. It also catered to the operational efficiency of the airport.

When he presented the plan in February, Alan Renaud, the principal secretary for transport said that the tourism arrivals that were predicted for 2019 were around 280,000 people, but actual figures show during that year, the pre-pandemic era, there were over 460,000 arrivals at the international airport.

"The new master plan will now have to take into account these new figures, development and technologies to create an airport that can carry Seychelles' progress into the next 50 years," he said.

Seychelles International Airport was opened on March 20, 1972, by Queen Elizabeth II during the British colonial era. Throughout the years, several developments were completed to keep up with international standards and cater to the increasing number of airlines and visitors entering the archipelago in the western Indian Ocean.