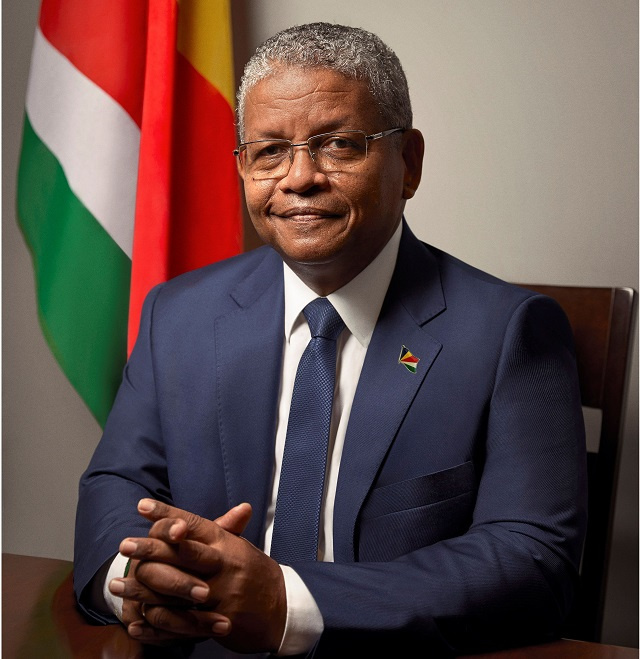 From Angola, Ramkalawan will proceed to Washington DC. (State House)

Seychelles' President Wavel Ramkalawan leaves on Wednesday to attend the summit of the Organisation of African, Caribbean and Pacific States (OACPS) in Angola and then proceed to Washington for the U.S-Africa Summit, said the Ministry of Foreign Affairs.

The 10th summit for the OACPS Heads of State and Government will take place in Luanda, December 6-10, under the theme 'Three Continents, Three Oceans, a Common Destiny: Building a Resilient and Sustainable OACPS.'

The summit marks the first live meeting of OACPS heads of state since the coming into force of the revised Georgetown Agreement in April 2020, the change in leadership at the Secretariat and the outbreak of the COVID-19 pandemic.

From Angola, Ramkalawan will proceed to Washington DC at the invitation of the U.S. President Joe Biden who will be hosting leaders from across the African continent for the U.S.-Africa Leaders' Summit from December 13-15.

The aim of the summit, where 50 heads of state and senior government officials from countries in Africa are attending, is to demonstrate the commitment of the Biden administration to the African continent. It will also provide a forum for new joint initiatives between the U.S. and countries in Africa.

Ramkalawan will participate in various side meetings addressing pertinent topics relevant to Seychelles, an archipelago in the western Indian Ocean, as well as Small Island Developing States and the African continent.

The President will return to Seychelles on December 19.