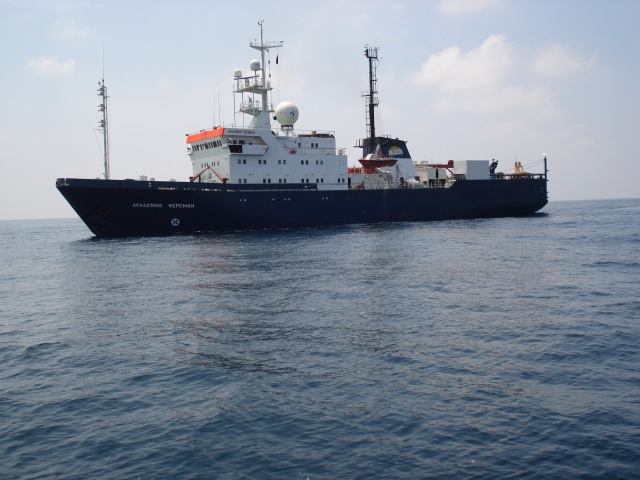 ‘Akademik Fersman’ vessel of Russian service company DMNG due in Port Victoria during the weekend. (PetroSeychelles)

(Seychelles News Agency) - A 2D seismic survey of some 3000 line km of the Seychelles Exclusive Economic Zone will start next week, PetroSeychelles has told SNA.

This is part of a joint study between the state owned company responsible for regulating the hydrocarbon sector of the Indian Ocean archipelago and Japan’s Oil Gas Minerals Exploration Company (JOGMEC).

It is a Russian service company DMNG that has won the contract to acquire the data and their vessel the ‘Akademik Fersman’ is expected in the Seychelles’ port capital of Victoria during the coming weekend.

“During the survey the boat will be towing an 8 km long streamer and notice to mariners will be issued to ensure that all ocean users are not adversely affected by the survey operations,” said PetroSeychelles Exploration Manager Patrick Joseph responding to the SNA. 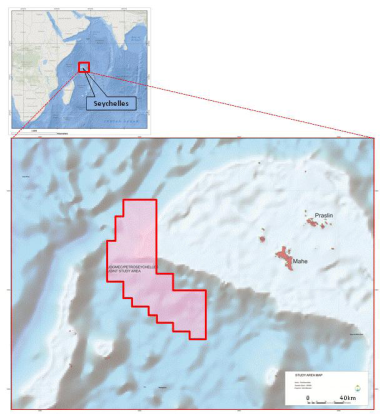 “A stakeholders meeting was held on April 01, where details of the operations were imparted to representatives of all ocean user groups and their concerns and suggestions were heard.”

This latest development in Seychelles’ oil exploration programme comes only a few days after Australian oil and gas exploration company WHL Energy announced that the Seychelles government has notified that the firm will be granted necessary regulatory approval for its farm-in agreement with FTSE- listed Ophir Energy over its flagship Seychelles acreage.

Commenting on WHL’s announcement PetroSeychelles has said the company together with the Seychelles government have been discussing with Ophir and WHL recently regarding the farm in.

“We can confirm that the current agreement has been extended until April 30, to allow the formalities to be completed. If the farm in is approved by Government then Ophir will acquire 75% of the WHL interest and become operator. Ophir will then acquire a 3D seismic survey to try and narrow down potential drilling targets,” said Joseph.