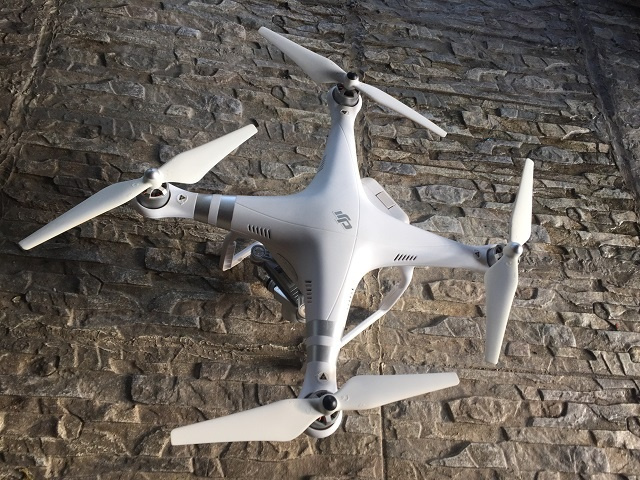 All drone operators are required to register their drones on the SCAA Drones Database and submit them for processing. (Alex Zelime)

Users of unmanned aircraft (UA) or drones in Seychelles are being asked to register their drones with the Seychelles Civil Aviation Authority (SCAA) for authorisation to use them.

In view of the increasing use of drones in Seychelles, especially for recreational and commercial purposes such as for media, rescue and monitoring on the islands, SCAA started registration for their uses in March last year.

All drone operators are therefore required to register their drones on the SCAA Drones Database and submit them for processing. A confirmation of the registration will be initiated by SCAA once the process has been completed.

"Drone registration first started on March 2, 2021, and so far, some 2,558 drones have been registered between 2021 and 2022. Drone flight authorisations issued by SCAA in 2022 is 98 to date," said David Labrosse, the general manager for safety and security regulations.

The registration of drones and its guidelines are also applicable to any foreigners looking to use drones in Seychelles. Additionally, foreigners will need to seek authorisation from the Department of Information and Communication (DICT) and can send an email to Communications@ict.gov.sc .

Labrosse told SNA that for drones that are not registered, users will have limitations in terms of their scope and areas of operation, especially the more sophisticated ones that are used for private and commercial purposes.

As for the use of drones not registered, Labrosse said that "sanctions against unregistered drones, is a work still in progress. As long as the drones do not infringe public areas, controlled or restricted airspace as published, the risk of legal action will be greatly reduced."

He said that the use of drones can cause numerous problems, especially in areas where it can affect other air vehicles, such as near airports or certain flight paths.

SCAA has, therefore, launched a campaign for the registration of drones, providing safety guidelines to ensure proper monitoring of their usage and the safety of airlines around the airports.

"It is critical that their operation does not present any risk to aircraft, helicopters and their passengers, including the general public, who are protected under national laws and international laws emanating from the Chicago Convention," said the SCAA.

The safety guideline provides information on how unmanned aircraft/drones can be operated in a safe manner within the territory of Seychelles, an archipelago in the western Indian Ocean.

According to the guidelines, drones are not allowed to be flown near airports as well as in the approach and departure paths of these airports and helipads, unless given specific authorisation by the SCAA.

Drone operators also need permission from the SCAA to fly over towns, congested areas, groups of people in public areas or public events as well as private properties, industrial areas or to take photographs of any kind which may constitute a breach of privacy, where this is considered an offence under the laws of Seychelles.