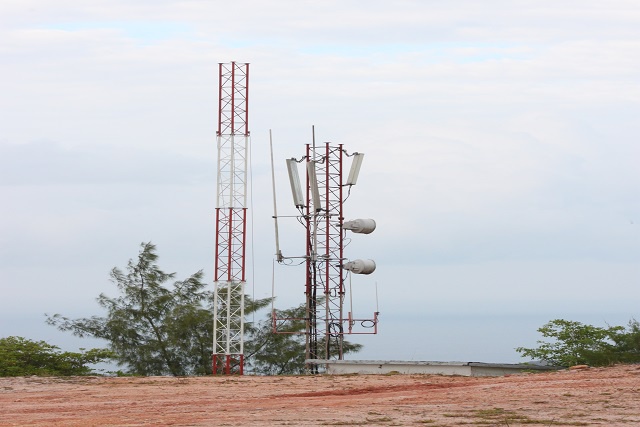 (Seychelles News Agency) - Seychelles Police officers have been using mobile phones to speak to each other while patrolling the Indian Ocean island state, but will put them aside now that they are about to be handed the latest in digital radio devices for fast crime-busting.

This follows the start of a 170 thousand dollars project funded by the United Nation Office on Drugs and Crime (UNODC), for the first network of police radio communication in the three most populated island of the Seychelles, in a bid to ensure fast and secure exchanges of information between police officers.

The project installation started in the centre and north of the main island of Mahe and has now entered the second phase with new antennas being erected on the highest peaks of the second and third most populated islands, Praslin and La Digue respectively.

“These antennas will have repeaters which will send signals to one station to another, whilst microwave will link all the repeaters giving the possibility of … communicating without changing channels,” said Chief Superintendent Godfra Hermitte, of the Seychelles Police. The repeaters have already been installed in several districts on Mahe including Anse Royale, Anse Soleil and St Louis.

“There is a [software] programme called TRBOnet…using this equipment we can identify where the patrol cars are…the closet patrol to a scene can be dispatched faster. This is a programme we are working on. ..to make response faster…90% of our communication will hereon be through radio instead of mobile phones,” adds Hermitte. Vehicle and handheld devices have also been included in the project.

“Given that Seychelles has islands, it is important that the police are able to communicate effectively and securely,” says the Senior Country officer of UNODC in Seychelles, Shanaka Jayasekara.

The project which will be commissioned later next month, forms part of the United Nation’s programme “to support capacity and develop capabilities of law enforcement,” says the Shanaka.

In addition, the UNODC also intends to help Seychelles detect and curtail crimes which occur at sea through the donation of marine boats to the Seychelles police force.

The UNODC started working in Seychelles in 2009 and for the last four years according to Shanaka, “the programme has contributed over four million dollars of support to Seychelles.”

Most of support has been aimed at improving the criminal justice system such as the islands’ courts and prison facilities, in relation to the prosecution of maritime piracy offenders.