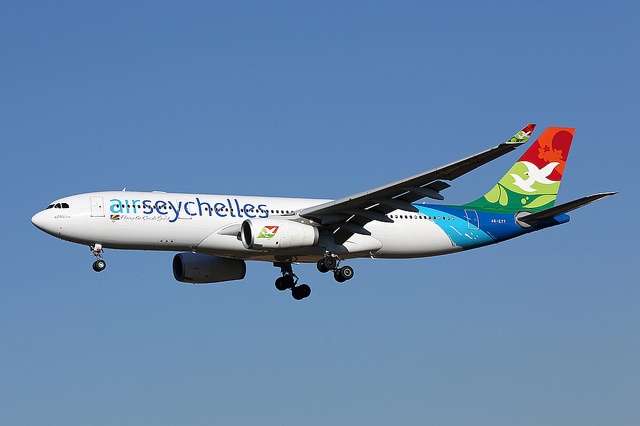 (Seychelles News Agency) - The national carrier of the Seychelles trebled profits in 2013, making $3 million, up from $1.1 the previous year, the airline’s board chairman Joël Morgan said on Thursday at a press conference.

“Our airline, Air Seychelles, made a net profit of US $3 million for 2013, exceeding by 171 per cent its profit of US$1.1 million reported in 2012,’ he told the press conference at the islands’ international airport, 10 kilometres south of the archipelago’s capital Victoria, ” said Morgan, who is also the Indian Ocean island nation’s home affairs and transport minister.

Cargo tonnage went up by 159 per cent to 5,529 tonnes, he said, noting the airline acquired a second Airbus A330-200 wide-body aircraft added to international fleet as weekly international services increased 100 per cent to 16 per week.

Two of these aircraft are due to arrive in mid-2014, one year ahead of schedule, he said.

“Our codeshare partners have increased from one to five," said Morgan, who added the airline’s network has expanded to 34 destinations. 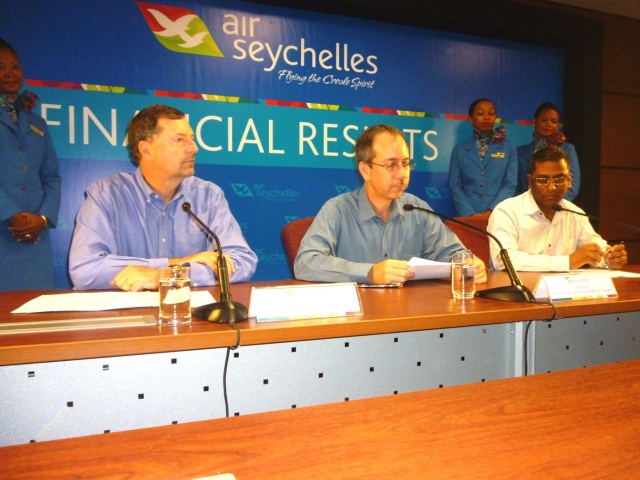 Morgan said the 2013 results are a testament to the on-going success of the airline’s turnaround strategy and business plan.

“To record a second successive year of profitability after the immense challenges of the past is an achievement of which we are all very proud. Our 2013 figures are a clear indication that we now have the right business model.
“In just two years, we have rebuilt our national carrier, strengthened our partnership with Etihad Airways, and beyond delivering good results for the airline, we have helped grow Seychelles tourism in the process – one of our core objectives. Today Air Seychelles is a great symbol of our nation wherever our brightly-coloured aircraft are flown.”

Papa, said: “These results are another step forward in our journey as a commercially successful business and come against a backdrop of impressive development in both our domestic and international operations.
“Our business is now in good shape for the future, which includes growing our operations, launching new routes, taking delivery of new aircraft, expanding airline partnerships, hiring more Seychellois, and bringing more travellers to the Seychelles.

“We have established a solid basis for continued growth which reinforces the future of Air Seychelles and its vital contribution to the Seychelles economy.”

A statement from the airline said the impressive 2013 passenger traffic growth was aided by Air Seychelles’ acquisition of a second Airbus A330-200 aircraft in March.

“The same month the island carrier launched three weekly flights to Hong Kong, and increased frequencies to Abu Dhabi, Johannesburg and Mauritius, bringing its total international weekly services to 16, up 100 per cent,” it said.
The statement said Johannesburg and Mauritius got an additional return service per week, connecting each destination three times a week with the Seychelles. The airline’s Abu Dhabi services also increased from four to seven return flights per week.

Abu Dhabi is Air Seychelles’ busiest international route, with a total of 90,746 passengers carried between the archipelago and capital of the United Arab Emirates, a year-on-year increase of 178 per cent. There was a strong demand for cargo services to and from France, Italy, Hong Kong and South Africa.

The company's annual financial statements are audited by KPMG, said the airline in the statement.

Air Seychelles was named a 4-Star Airline by Skytrax at the beginning of January 2014.