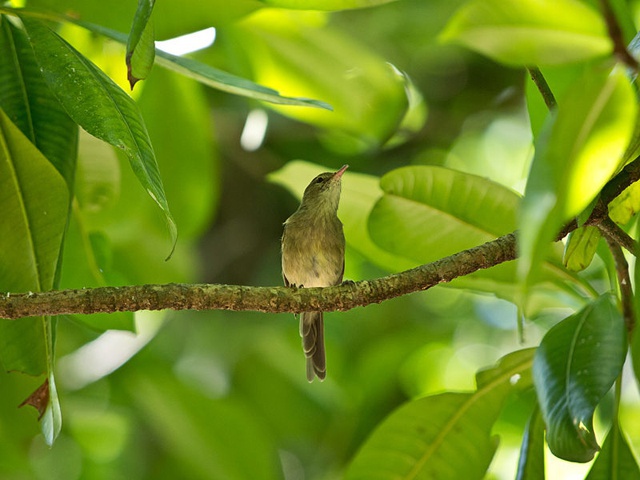 The Seychelles Warbler - Acrocephalus sechellensis on Cousin, 16 October 2012, once down to a total population of only 26 birds, now number in the thousands.(Christian Hauzar/Wikimedia) Photo License:(CC BY-SA 3.0)

(Seychelles News Agency) - Small island developing states have shown themselves to be better at reversing extinction threats in their endemic vertebrate species than some of the richest nations in the world.

This is according to a recent study conducted by conservation scientists from the Centre d’Ecologie Fonctionnelle et Evolutive (CEFE), the International Union for Conservation of Nature (IUCN), and BirdLife International.

Five small island developing nations (SIDS) were the only nations to have achieved net improvements in vertebrate conservation status.

“That nations such as the Cook Islands, Fiji, Mauritius, Seychelles and Tonga, have been able to reverse the extinction crisis in their countries, demonstrates how effective conservation actions like invasive species eradication, bio-security, management of protected areas, and ecosystem restoration can be,” said report co-author Simon Stuart of International Union for Conservation of Nature (IUCN) in a statement issued by the group.

In the Seychelles, critically endangered endemic birds have been the biggest winners. Local environmental NGOs such as Nature Seychelles, a Birdlife International partner, have helped bring birds such as the magpie robin and the Seychelles warbler back from the brink of extinction, the result of many years of intensive research, monitoring and habitat rehabilitation.

From a population of just 12 birds on a single island, the magpie robins have now reached a population of around 280, spread across five islands, and the little Seychelles warbler, once down to a total population of only 26 birds, now number in the thousands.

Conservation action not linked to GDP

The researchers were surprised to find that many wealthy developed nations such as the United States and Australia were among the worst at conserving and protecting the animals living within their borders. The study is the first real assessment of individual nations’ performances in respect of their responsibilities towards global biodiversity.

The study concluded that Gross Domestic Product (GDP) was not correlated to the performance of nations in conserving their own threatened species. Indeed, some of the world’s poorest countries, such as Madagascar, the Democratic Republic of Congo and Tanzania, were among the world’s best performers in conservation.

The report’s findings showed that eight nations – Australia, China, Colombia, Ecuador, Indonesia, Malaysia, Mexico and the United States – are together responsible for more than half of the global deterioration in the conservation status of vertebrate species.

Aside from the five SIDS, almost all regions and countries were found to have contributed negatively to global biodiversity trends for birds, mammals, and amphibians, listed on the IUCN Red List Index.

The study also revealed that the reasons for the threats to invertebrate species varied between different global regions. In Asia, over-exploitation of animals and their natural habitat for food and traditional medicine, particularly in China and Indonesia, have impacted negatively on biodiversity.

In South-East Asia unsustainable agriculture and logging were the main culprits, while invasive species have become the biggest threat to biodiversity in the United States and Australia.

In Southern and Central America, new strains of fungus are the leading cause of amphibian declines.

“Meeting Target 12 will require focused, long-term conservation investment in countries with large shares of responsibility for global biodiversity,” said co-author Stuart Butchart, Head of Science at BirdLife International. “Each country needs to invest more in conserving the species for which it is solely or largely accountable, focusing on the most important sites for biodiversity.”

The study’s researchers have pointed to the UN-funded Global Envrionment Facility (GEF) as an effective funding mechanism for nations to meet their conservation targets.

“Resource allocation through the GEF also incorporates rewards for high performance, important not only in maintaining the successes of those few countries that are meeting biodiversity targets (e.g., the island nations highlighted here) but also in incentivizing other countries to improve,” reads the study.