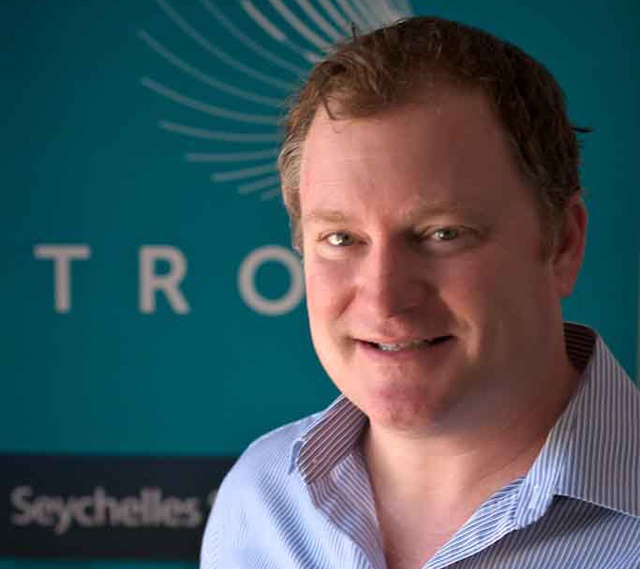 (Seychelles News Agency) - Seychelles' first securities exchange, Trop-X, wants to see the Indian Ocean archipelago become the platform to raise capital for the region, the company's Chief Executive Bobby Brantley told SNA in an interview this afternoon a day after Trop-X registered its third listing since setting up in 2013.

Local business that sells mostly construction materials, Bodco, has followed in the footsteps of a Luxemburg based company that listed 2 weeks ago and local insurance firm Sacos, that was first to list on the Seychelles exchange in August 2013. 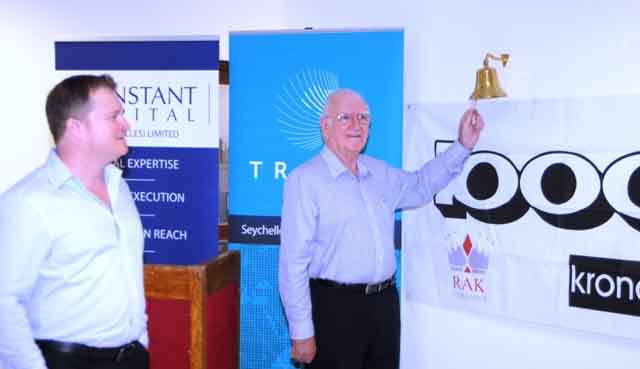 Speaking after being listed Thursday April 10, Bodco’s Chief Executive and Managing Director Basil Soundy described the event as a milestone marking a new phase in the company’s growth.

“We shall keep in focus what we have been doing well in the past and on what is right for the future. We will continue to provide products and services at affordable prices to the construction industry and the home-owner,” said Soundy.

“We shall endeavour to seek a strategic international partner who will help us strengthen the company and its services as well as improve our operating margins and returns on capital employed,” he said.

Speaking to SNA today, Brantley said his company is happy with its achievements so far considering Trop-X is Seychelles' first securities exchange company.

“Since its something so new in Seychelles we expected that it would take a little while (…….) That is the nature of market exchange it takes time to get the market going but once its going it takes on a life of its own,” said Brantley.

“We are going out meeting with companies every week( .....) answering their questions. Ultimately the goal is to provide opportunities for Seychellois to invest in more companies.”

Trop-X is not only targeting local companies but international firms as well mostly from Africa and Asia.

“We have a lot of advantages over other markets in Africa in terms of being able to list companies in US dollars for instance. It is quite difficult sometimes to raise capital in African countries because the domestic base is not big enough to support all the needs and the international investors are not necessarily comfortable because of the currencies and some of the other perceived risks of investing in those countries,” said Brantley.

“We are really focused on making Seychelles the platform for these companies to list and sort of marrying the domestic investors with international investors through Seychelles. It is a stable country politically and economically (…) we are running on surplus in the budget now, no exchange controls, these types of attributes make Seychelles a platform for raising capital for the region,that is what we are focused on right now.”

Another local company Seychelles Breweries had also announced plans to list on the Seychelles exchange but is yet to do so.

Meanwhile, Trop-X is expected to register its fourth listing, which will be the second international firm on April 29, 2014.