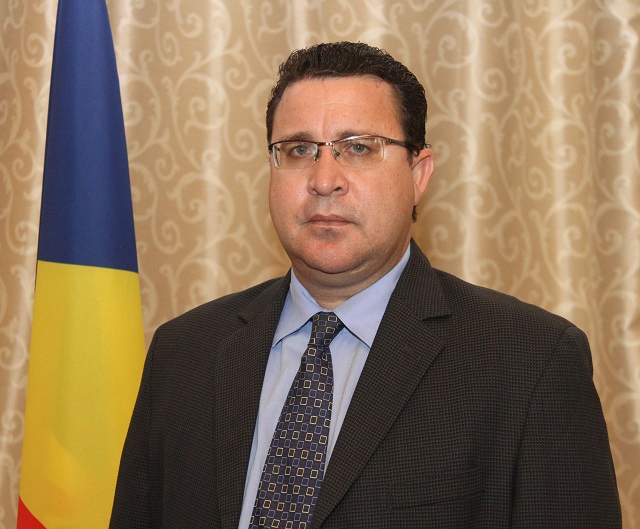 (Seychelles News Agency) - The Seychelles Minister for Finance, Trade and Investment, Pierre Laporte, has said that new national policy measures would need to be implemented to keep the country on track to achieve a debt-to-GDP ratio of 49 percent by 2018.

It was therefore fitting that the Seychelles’ 2015 Budget Speech was entitled “Staying the Course toward Sustainability”. The island nation’s national budget, amounting to the proposed sum of 5.9 billion Seychelles rupees (SR), equivalent to around $422 million, was presented today to the National Assembly by the Minister.

“Last year I presented an expansionary budget based on affordability and a generally favourable outlook,” said Laporte in his budget address. “However, growth outcomes in both the global and domestic economies this year have been less favourable than expected, which have impacted negatively on key domestic variables like fiscal revenues and exchange rates.”

“As a result, this calls for a budget in 2015 that requires additional effort on the revenue side if we are to continue to pursue our social programme in a manner that would preserve our socio-economic gains and allow us to attain our long-term sustainability objectives.”

The Seychelles, a 115-island archipelago in the western Indian Ocean, consisting of a population of around 90,000 people, has witnessed a downturn in its economic growth in 2014. The slowdown has seen the International Monetary Fund (IMF) projecting a 2.8 percent GDP growth at the end of this year, compared to 5.3 percent in 2014.

The IMF has played an instrumental role in Seychelles’ robust economic reform programme since 2008 in a bid to control the country’s then-spiralling levels of external debt.

All eyes on the debt-to-GDP prize

Laporte said the formulation of the 2015 budget was for the first time based on a medium term fiscal framework (MTFF), which covers the period 2015 to 2019.

“Our MTFF considers two scenarios,” he explained. “The first is a baseline scenario which assumes no new policy measures. Under this no-policy scenario, Seychelles’ fiscal framework is not sustainable over the medium-term.”

“Therefore we need to consider an alternative scenario which is based on new policies. Under this scenario, which incorporates new policy measures that I will announce today and based on the budget being presented, the debt-to-GDP ratio would attain 49 percent in 2018. This will take us within the sustainability threshold of below 50 percent of GDP,” he said.

The economy of the small island developing state, constrained by both a lack of resources and land as well as its physical remoteness, is still vulnerable to external shocks, and this year’s global slowdown in both the tourism industry and the canned tuna industry trade – the islands’ principal economic mainstays – has meant a loss of much-needed foreign exchange.

The islands’ only brewery, Seychelles Breweries Limited (SBL) also suffered a bad year due to a planned halt in production to upgrade its machinery.

“When you import 90 percent of your total consumption you are fragile, when you are over-reliant on a particular sector you are more fragile and this is not something you can change overnight,” Minister Laporte told SNA after delivering the address. “One of the possibilities is to diversify the economy, but we do not have much choice; we are trying in fisheries, the signs are encouraging, maybe oil prospects, but if not we continue with fisheries and tourism.”

“Seychelles will always remain vulnerable and needs to prepare and build the buffer, lower its debts, and have its reserve in place to be able to deal with any external shocks.”

"I presented a budget based on sustainability – as of today we remain on track, but the objective of this budget is to find measures, taking into account the fiscal needs, especially for public investment, and we need to implement certain measures to increase revenues to be able to finance the capital expenditures,” Laporte told SNA, adding that his goal was to aim for a budget surplus in order to repay the country’s debts comfortably.

The Finance, Trade and Investment Minister told the assembly that Seychelles has been paying all its multilateral debt commitments (interest and principal) as well as the interest component of its bilateral debt, including to Paris Club creditors since 2008.

“Beginning 2014, we have been paying our debt fully i.e. both interest and principal, to ALL creditors, meaning that we are up to date with our debt obligations” he said.

Total revenue has also been projected to rise from SR 6.4 billion in 2014 to SR 6.6 billion next year.

Taking into account the primary fiscal target and the revenue projection, this allows for a total budget appropriation in 2015 of SR5.937 billion.

The Finance Ministry has forecast tourism numbers to recover in 2015 as a result of increased marketing and diversification, to which end the tourism marketing budget has been increased by 31 percent to SCR80 million. Increased investment from the private sector in fisheries and other areas of the blue economy is being targeted.

2015 will also see the introduction of a new salary scale for selected groups of civil servants such as teachers, members of the police, district administrators and employees at the department of culture.

While Laporte said it would not be possible to reduce business tax as it would seriously impact on Government’s social programmes he noted that the government will review its position on business tax in consultation with the private sector and if feasible would begin implementation in 2016.

From 2015, the government is expected to provide more incentives for businesses to contribute towards the development of sports in the country.

“Government will introduce a higher deductibility of up to 150 percent for special international Sporting events to be held in Seychelles,” said the Finance Minister.

One of the ways the Finance Minister will be targeting surplus revenue will be on placing an increase on taxes for cigarettes and alcohol as significant demands are placed on the budget for the treatment of alcohol and tobacco-related diseases.

Between 2008 and 2013, over 5,000 new cars were imported to Seychelles for personal use, while a further 1,500 were licensed up to September this year, placing enormous strain on traffic and pollution, particularly in the nation’s tiny capital of Victoria.

In order to curb import of vehicles in the country the government has announced a 50 percent increase in government levies on the importation of privately-registered motor vehicles while road tax will also be increased and vehicle testing fees will be doubled.

From January next year government will cut the number of days for refunds of sick leave to private sector employers from 30 days to 15 days, while at the same time abolishing state refunds for government agencies and parastatals altogether.

Call for controlled spending on welfare

Welfare benefits and approved programmes will cost the government an estimated SR557 million in 2015, an increase of 8 percent from 2014.

“Welfare assistance is thus rising faster than inflation, GDP, fiscal revenue, and overall budget spending,” said Laporte. “Without measures to contain this excessive growth, welfare assistance will overtime outgrow revenue and will require a greater percentage of expenditures on welfare at the expense of sacrificing other critical expenditures like infrastructure.”

After 19 years of negotiations Seychelles is ready to officially become the 161st member of the World Trade Organisation after the WTO’s General Council gave its final approval for the accession last week.

The WTO membership is expected to improve access to member states’ markets which will help increase and diversify the country’s export capacity; strengthen its internal policies, laws and regulations to make them more transparent and predictable; and enhance its technical capacity and institutions that have a direct or indirect link with trade, among other benefits.

However, given that ratification of its membership is expected in the first quarter of 2015, Laporte explained that the implementation of a number of trade-related commitments on a range of products will begin as from January 1, 2015.

“From 100 percent, trades tax on bread and mixture snacks will be reduced to 50 percent, and on a number of others, including certain ceramic articles, glassware of kind used for indoor decoration or similar purposes, it will fall to 25 percent,” he said.

“For our more sensitive economic sectors, government has negotiated for certain protection levels and policy space. This includes a transition period of eight years for poultry to allow domestic operators sufficient time to compete more effectively against imports when the transition periods end.

During the first three years, the current level of duties for imported poultry of 45 percent will remain in effect, after which it will gradually reduce annually until it reaches 25 percent.

Laporte said the WTO accession is also expected to benefit the country’s small and medium enterprises (SME) where the International Trade Centre—an organization affiliated with the WTO—has offered to support Seychelles’ SME sector through a four-year trade-related technical assistance project.

Identifying trade and market opportunities and access to credit are only some of the areas from which SME’s will benefit.

The members of the national assembly will re-convene on Wednesday to debate on the proposed 2015 budget before the appropriation bill is put to the vote.