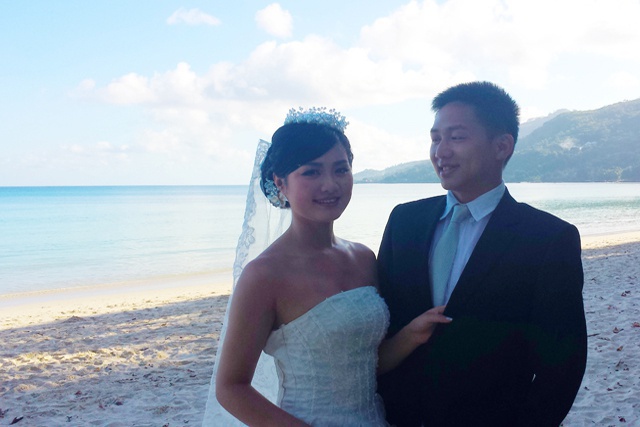 (Seychelles News Agency) - Seychelles has been voted “The Best Island Travel Destination” by China’s Best Travel Media which is the Asian nation’s leading travel media that reaches over 200,000 professionals in the travel industry.

In a press statement the Seychelles Tourism Board (STB) said the award was presented to its representative in China during the 10th China Outbound Travel award ceremony was held at the Beijing Regent Hotel on December 16.

“The China Outbound Travel award ceremony is seen as the most influential one in the tourism circle of this country which is dedicated to tourism data, media, conference and exhibition as well as training,” reads the STB statement.

“Seychelles is the only island state which received The Best Island Travel Destination award. It is the only award given to island destinations.”

The ceremony saw the presentation of 19 awards in total.

This is based on votes by tourism agencies in China and overseas including tour operators, tourism boards, airlines, cruises, as well as many other people who work in the tourism sectors.

The Seychelles Tourism Board’s Senior Marketing Executive in China, Li Huanhuan who accepted the award from Best Travel Media attributed it to the collaboration and hard work of his STB colleagues including its Regional Manager who is based in China, Jean Luc Lai Lam as well as trade partners from both China and Seychelles.

“I must say a big thank you to all of you. It is not just because of the beauty of Seychelles, but also because of all of you,” said Li adding that thanks to their hard work, “Seychelles has obtained the right reputation and awards on the Chinese Market.”

According to an AFP report published recently, Chinese travellers have taken 100 million "outbound" trips this year, with the vast majority visiting Hong Kong, Macau and Taiwan.

While 90 percent of the trips by Chinese tourists were within Asia, Seychelles has this year seen a remarkable increase in the number of Chinese visitors to its shores.

France which has long been the main market for Seychelles was this year overtaken by Germany.

According latest statistics published by the National Bureau of Statistics (NBS) out of the 217,636 visitors that have disembarked in Seychelles to date which represents a 1 percent increase compared to the same period last year, 13,080 were from China.

This makes the Asian country the 6th largest tourist source market for the Seychelles and with an increase of 74 percent on a year-to-date basis, the country is also the fastest-growing market.

This is the result of the STB’s strategy to diversify the island’s tourism markets to minimize the impact when one particular market suffers.

At the STB’s recent end of year marketing meeting to lay down the strategies for the coming year, the board’s Chief Executive Sherin Naiken announced that in 2015, STB focus on beefing up its main tourism markets as well as the fastest emerging ones while sustaining others.

China is the main emerging market which she said STB will focus on.

The Seychelles authorities is working closely with their Chinese counterpart and already a Chinese tour operator CAISSA Touristic, has announced its intention to charter its own non-stop direct flights from Beijing to the Seychelles by October 2015, a move that is expected to bring an additional 25,000 Chinese tourists annually to western Indian Ocean archipelago of 115 islands with a population of around 90,000 people.

Tourism remains the main pillar of the Seychelles economy.