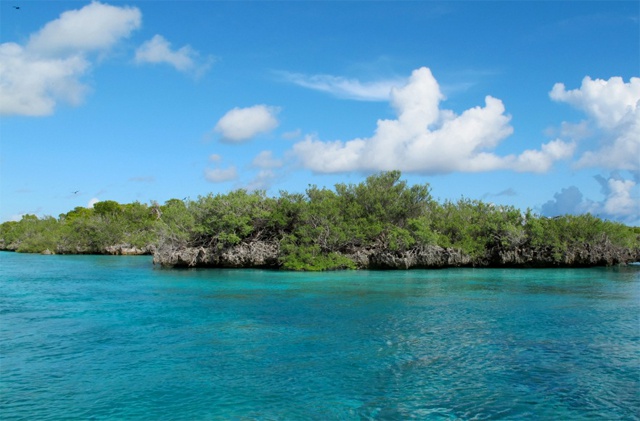 (Seychelles News Agency) - The International Union for Conservation of Nature's (IUCN) first ever analysis of all the classified 228 natural UNESCO World Heritage Sites has returned a positive verdict on Seychelles’ Aldabra Atoll and the Vallée de Mai.

These two sites managed and protected by the Seychelles Islands Foundation (SIF) which is a public trust established by a presidential legal decree in 1979, have received a positive conservation outlook.

Aldabra Atoll, forms a key part of the Seychelles archipelago in the Western Indian Ocean, and is acclaimed as one of the largest raised coral atolls experiencing the least disturbance anywhere on earth.

It is a refuge for many endangered species including the world’s largest population of giant tortoises and also hosts one of the largest congregations of nesting green turtles.

It was designated as a World Heritage Site by UNESCO in 1982.

Of the 228 sites assessed, 21 percent were deemed to have a good conservation outlook, 42 percent were rated to be "good with some concerns", 29 percent were found to have "significant concerns" and a further 8 percent were classified as "critical."

The sites judged to be “critical” are now listed as "severely threatened" and require urgent attention to avoid their natural value being lost.  The report found that invasive species, tourism, poaching, dams and logging are the most pressing threats to World Heritage Sites worldwide, but that climate change may soon be the most significant threat.

Detailed assessments covering all the 228 natural World Heritage Sites were conducted by hundreds of experts who rated the protection and preservation position of all of the sites under the above mentioned four categories.

Both Vallée de Mai and Aldabra, were rated as ‘Good with some concerns’. The concerns are due to  the threats facing the two sites. Four significant threats were identified which include  invasive species and climate change for both sites, and poaching together with fire outbreaks on Vallée de Mai.

The protection and management of these sites by SIF was rated as "Highly Effective". This conclusion was arrived at after scrutinizing SIF’s management actions such as removal of invasive species and other pro-active conservation procedures which were all aimed at mitigating threats to the sites.

The Outstanding Universal Value of the two sites was also assessed and judged to be ‘stable’ and of ‘low concern’.

"I read this report with great satisfaction, knowing that the strategic management by SIF of these two sites is achieving its aims and objectives,” said Dr Frauke Fleischer-Dogley, the Chief Executive of the SIF.

“Of course there are still more issues and challenges to overcome, but I am confident that with the continuing support of our partners, both locally and internationally, we can safeguard the positive conservation outlook of these sites for many years to come.”

Nestled in the heart of the Seychelles’ second-largest island of Praslin, the Vallée de Mai is a reserve that is home to the famous Coco de Mer, an endangered palm that produces the largest nut in the plant kingdom. The palm forest of the Vallée de Mai declared a UNESCO world heritage site in 1983 is also home to the endemic but elusive black parrot and several species of endemic reptiles and molluscs which depend on endemic trees for their continued survival.

As for the Aldabra, also a Ramsar Wetland of International Importance, a Birdlife International Important Bird Area and an Indian Ocean – South-East Asian (IOSEA) Network of Sites of Importance for Marine Turtles the atoll is home to aroung 150,000 endemic giant Aldabra tortoises outnumbering the human population of 90,000 of the entire Seychelles archipelago.