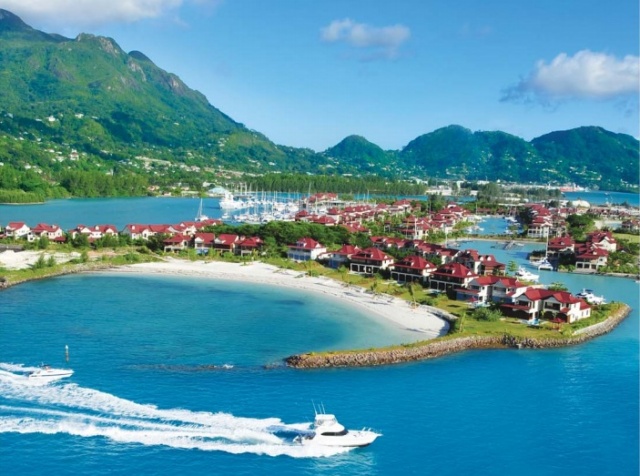 “Both the sales volumes and the awards confirm we are offering an exceptional product,” he said.

The estate has 580 housing units, 460 of which have been sold, and Smith said the remaining 120 will soon be bought judging by current levels of demand.

Many of the owners continue to upgrade or buy second, third or more properties in the development.

“This is a really positive endorsement from the very people who have already invested,” said Smith.

“In fact some 25% of the new homes on Eden Island are owned by homeowners who have upgraded or bought second or more properties,” he noted.

Contractors on site told Seychelles News Agency reporters that the properties conform to the Creole architectural style of the area, with large verandas, high-pitched red roofs and simple lines.

“It is truly unique,” Smith said. “The central location means that residents have easy access to capital Victoria and a variety of facilities available in Seychelles as well as having everything they need on the estate itself.”

At the Dubai ceremony, Eden Island was commended for its careful attention based on its research into geotechnical, marine, architecture and into its target markets.

The event’s organisers applauded the island’s high standard of landscaping noting that developer cultivated in its own nursery all the plants now flourishing all over Eden Island.

Eden Island Development Company is owned by group of shareholders, held through offshore structures representing the interests of South African and Austrian investors.