April will be a hot month in Seychelles as winds slow 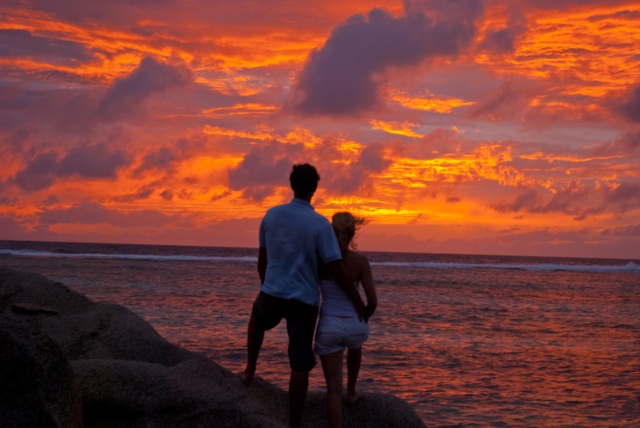 (Seychelles News Agency) - Islanders in the Seychelles archipelago are watching if an all high April 2013 temperature of 34.8°C will be topped this year as climate change strikes harder especially in the fourth month of the year, when meteorologists said wind speeds have dropped.

“Wind direction will be changing from northwest to southeast, in a transition that will see speeds drop from the usual 25 to 30 kilometres per hour to a sluggish 10 to 20kmph,” Seychelles Met Office officials told the SNA.

They noted that light showers which brought a slight cooling effect in March were likely to die off, letting the heat kick in to a level hard to predict given recently seen climate change effects like warmer seas.

The higher range temperatures will be between 32°C and 34°C. Records show that for four decades, April temperatures have gone up by about 0.8°C.

"The winds are light and variable with fairly stable atmospheric conditions. So far we are still having pockets of instability over our area which gives some showers," said meteorologist Francoise Albert in an interview with the SNA.

‘From the long term mean (since 1971) we also find that the temperature trend up to now shows an increase so there is a possibility that April will remains quite hot,’ he said.

The director of Met services Selvan Pillay said, "The highest recorded temperature at the Pointe Larue airport was 34.8°C in April 2013. The second highest was in April 2003 with the temperature of 34.1°C."