Tourism arrivals to Seychelles increase by slim margin for 2014 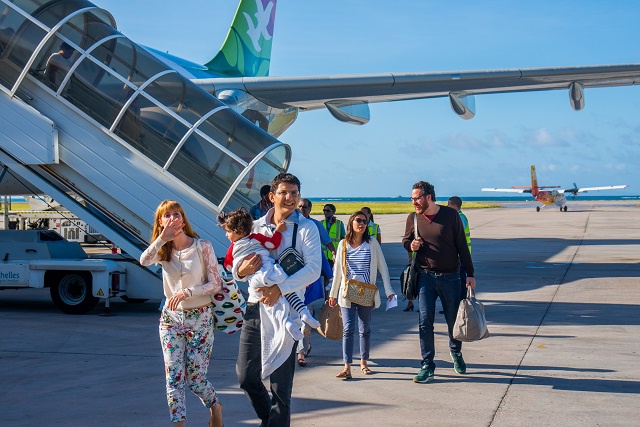 (Seychelles News Agency) - According to newly-released figures from the National Bureau of Statistics, visitor arrivals in Seychelles increased by 1 percent in 2014 compared to 2013. This came after a difficult year in the tourism industry characterised by decreasing arrivals from Europe, with growth from new emerging tourism markets such as China, only just managing to maintain the previous year’s gains.

In the first half of the year, overall visitor arrivals from Europe had decreased by 7 percent compared to the same period in 2013, but numbers increased significantly enough in the last half to show positive growth for the year.

The latest figures indicate that France was overtaken as Seychelles' highest source of inbound visitors by Germany, which at 33,915 pushed France into second place with 32,406 visitors. Visitors from China increased by 73%, making it the largest increase in the top ten markets.

Although Europe still dominates the market with 66 percent of visitors, Asian countries now form 18 percent of the market share, followed by Africa in third place at 18 percent.

The chief executive officer of the Seychelles Tourism Board, Sherin Naiken, told national television, the Seychelles Broadcasting Corporation that the STB is “satisfied” with this year’s visitor arrivals. The tourism board recently announced a carefully-balanced strategy for the year ahead to consolidate its position in the fiercely competitive market.

According to Naiken, tourism authorities have identified seven markets which will be given special marketing priority in 2015: the emerging outbound sources of China, India and the UAE as well as the more established markets of South Africa, France, Germany and Russia.

“Nonetheless, that doesn’t mean that we should forget Europe because 60 percent of our business comes from Europe, so this is why we will also be giving focus to certain of the main markets in Europe,” she said.

Naiken added that in addition to the usual marketing to travel agents, STB would be focusing some activities directly towards consumers to maximise awareness of the islands’ tourism offerings.