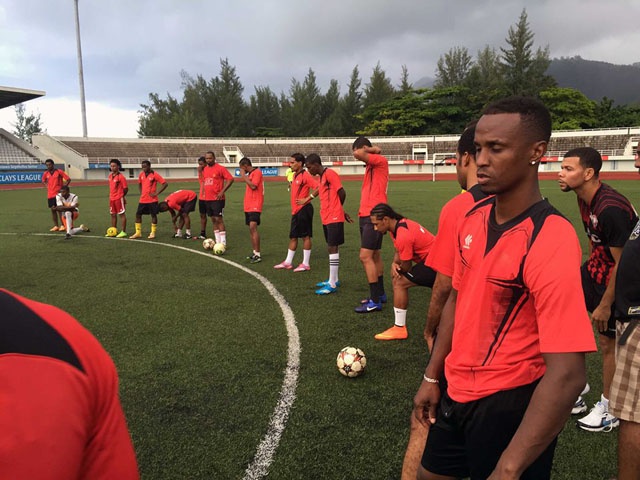 Despite the match being played on Valentine’s Day, love will most likely not be in the air as the two teams will be going head-to-head for position in their first Confederation of African Football (CAF) Champions League fixture of 2015.

According to a report on football news site Kickoff, the South African club will spend January preparing for their match in Seychelles by playing a series of friendlies in South Africa, Tanzania and the Democratic Republic of Congo.

Last week, the Seychelles-based club told fans on their Facebook page that serious training had already begun at the Stad Linite stadium to prepare for the match.

“When we were informed that we will play with a team in the region, we expected a team from the Indian Ocean, but not South Africa. It is going to be a challenge for us but nevertheless we will play against them,” Ralph Jean-Louis, the team’s coach told SNA.

Speaking about his expectations for the match, Jean-Louis said it would be a tough challenge, but said that nothing was impossible in football.

“We have been preparing for the match since last year and I have high hopes that we can give them a good game. For us, as long as we can still win games and cups, we want to uphold the honour of Seychelles Football and the sport. We are in the competition and we will fight to score and prevent ourselves from being eliminated in the first instance,” he said.

St Michel are no strangers to the CAF Champions League, having already played in 2004, where they managed to score two goals against South African giants and former CAF Champions League winners Soweto-based Orlando Pirates, who narrowly beat them 3 – 2.

It is apparent that Sundowns are not confident of an easy win.

“Their record clearly shows that Sundowns should not expect an easy passage or a Valentine’s Day massacre,” said a statement on the Downs’ website.

Sundowns last went through to the Champions League in 2001, reaching the final but losing 4 – 1 on aggregate to Egyptian club Al Ahly.