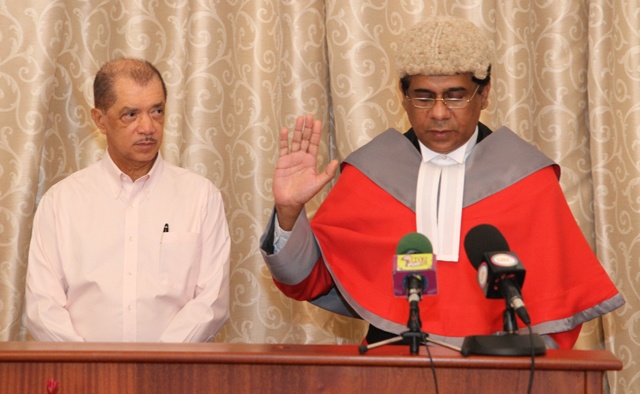 (Seychelles News Agency) - Veteran Sri Lankan judge Mohan Niranjit Burhan has been sworn in as a judge of the of Supreme Court of Seychelles this morning, in the presence of the head of state, President James Michel at the State House.

Burhan said he applied for the post after he was recently granted Seychelles citizenship. Formerly as an expatriate judge, Burhan’s contract had to previously be renewed every five years with a two-term limit.

Burhan said he is not new to the Seychelles’ judiciary, having previously served at the country’s bench both as magistrate and judge between 1996 and 2000. In 2008, he returned to Seychelles and was appointed as an expatriate Judge of the Supreme Court of Seychelles for a five-year period.

“I’m no stranger to the Republic of Seychelles as I came here as far back as 1996 and I have worked in all the courts here as a magistrate in Seychelles capital Victoria and other towns. I’ve also served on occasions as a justice of the court of appeal, thereby gaining experience in virtually all courts in Seychelles...(..) ...I am also happy to have met all the targets set out by the chief justice particularly where clearing of old cases was concerned,” said Burhan in a press statement after the swearing in ceremony at the State House.

“When I came we had cases dating as far back as 1999 and now we have reached cases dating year 2010. This is good progress. I have also given several constitutional judgments which have been recognised by the Seychelles court of appeal and by other jurisdictions."

The appointment of Judge Burhan received criticism in political weekly newspapers in the Seychelles, which lobbied against the appointment of expatriate judges, which they claim are more likely to be influenced by the executive arm of the government.

The Seychelles government did not comment on the articles and instead expressed support for Judge Burhan.

"He was strongly recommended by the Judiciary for a second expatriate contract, in exceptional circumstances, as provided for under Constitution of Seychelles. However, during the course of the year, Judge Burhan had applied for, and successfully obtained, citizenship of Seychelles. He was later recommended by the Constitutional Appointments Authority for appointment as a Judge of the Supreme Court, this time as a citizen of Seychelles," said Florry Dubois, Director of Cabinet Affairs in her introduction to Burhan's investiture.

Burhan previously served as an attorney in various districts of Sri Lanka as well as magistrate, district judge and High Court judge in Sri Lanka. 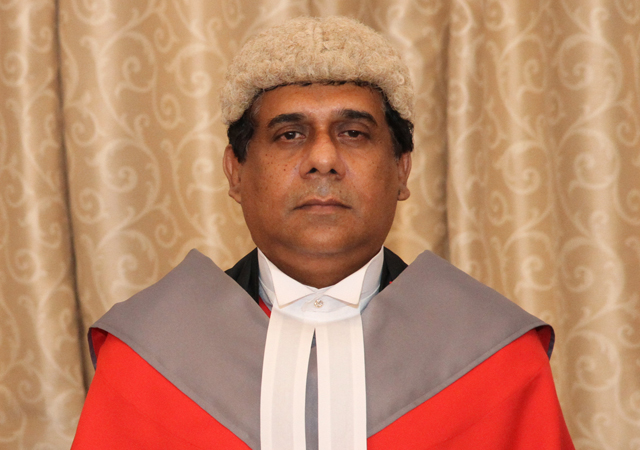 General » Be a reporter: Write and send your article » Subscribe for news alert
Tags: Supreme Court of Seychelles, Sri Lanka